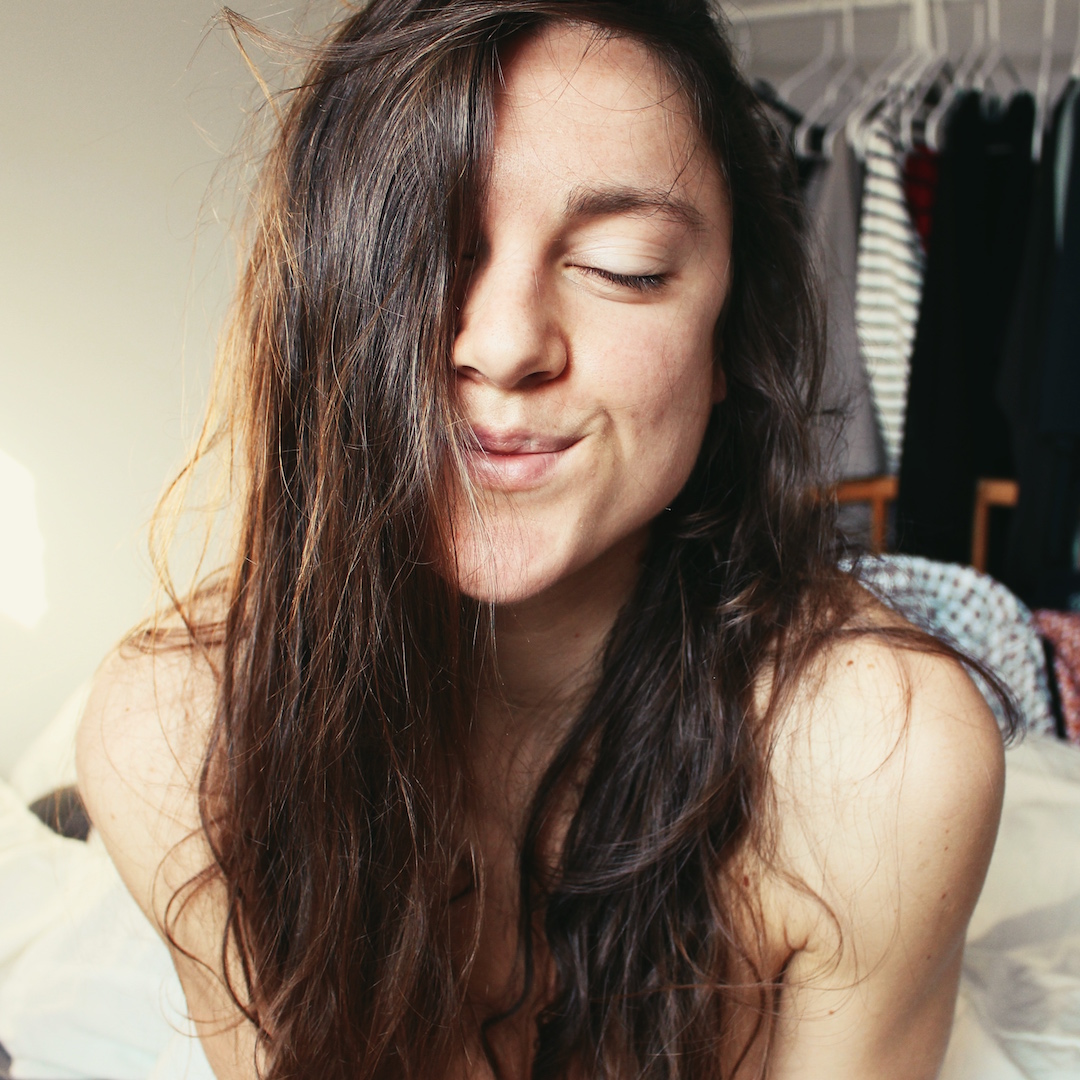 How Yoga Changed My Life – My Yoga Journey

Power yoga class. One legged chaturangas have never been so exciting.

Over the years, I’ve made several attempts to make yoga “my thing” (add it to the list, why not!). I did my first class when I was around 14, I remember it clearly: yoga wasn’t cool and trendy yet, and I thought the whole routine was awful. The teacher was a hippy with the weirdest body shape, I failed every pose, nothing about it felt right, and I couldn’t wait for the class to be over and to leave.

I tried again in Lanzarote on holidays – I was 17, very underweight, hadn’t eaten in about 4 weeks, and almost passed out in the class. So I didn’t enjoy that much either (I remember my little brother fell asleep on his mat beside me halfway through). I tried again in college, joined the Yoga Society, and attended a total of two classes in a stuffy room without windows during my whole four years as a student. One thing I knew for sure: I was not good at yoga, and no matter how vegan and alternatively inclined I was, I could barely even manage to pretend I was into it.

Let’s get this straight: I don’t like it when I suck at a sport. It’s just not right for me to feel that I’m failing athletically (which is probably why I hated skiing – but that’s another story). It just must not happen. I grew up absolutely excelling in the athletic department – I was always an active kid, cycling as soon as I could walk, and revealing my prowess on the Gaelic football team when I was in primary school aged about 10. When I was 13, I was playing on the same team as the 30 year olds (a bit terrifying, but it was always worth the GAA glory), and later became obsessed with soccer and went all the way to Irish national trials. This was when the team sport era of my life ended, at 16, when I decided to quit it all, and I never got back into it again (aside from a brief spell with the soccer team at college). 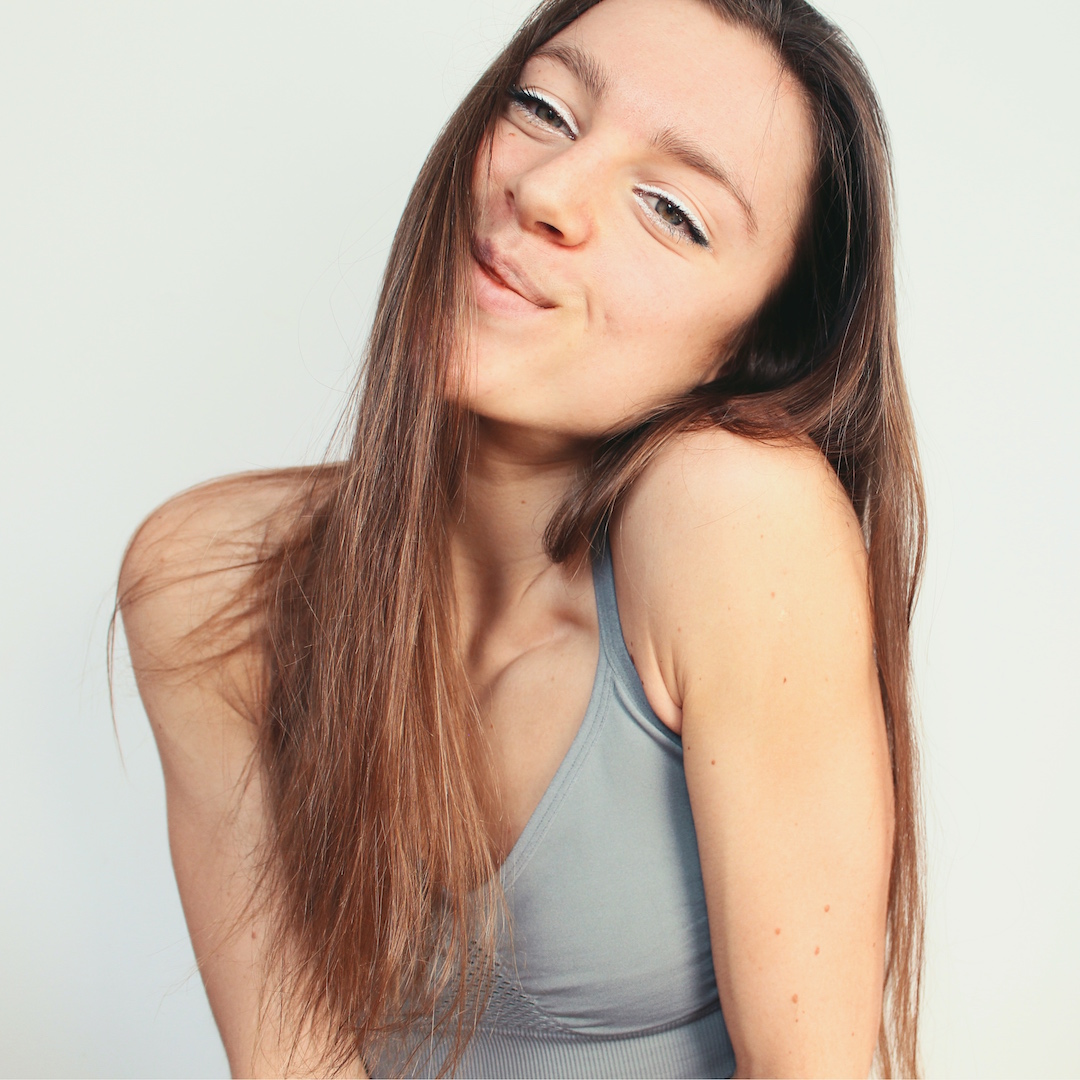 I took myself to the gym instead, jumped on the treadmill, and the obsession with running and all hyperactive-inclined exercises began. I realise now that I probably wasn’t ever even particularly skilled at soccer or Gaelic – I just always got to the ball first. My strengths were my speed and small size (I tried rugby once, and the coach just had me run laps while the rest of the girls plunged and throttled into each other – I was again very terrified). I beat all the boys in school at every sports day race, and was the last one standing after the “beep” test – I was never, ever going to be the one who stopped first.

Not running like the wind, or at least not putting in every last effort scraped from the deepest depths of my entire being into getting past the finish line, was just the same to me as giving up. I wasn’t too concerned with the idea of “failure,” though every final I lost as part of a team was a cruel blow – I just couldn’t bear to ever let myself down. I feel like this about most activities I’m passionate about – I’ll carry through no matter what. Running was my talent, but I never ever once ran track or competed in athletics. Looking back now, I probably should have. But training, winning, losing and improving as a member of a team was an experience and exhilaration I’ll always cherish.

During my travels after graduating from university, I spent a month in Bali, mostly in Ubud. The lifestyle and aesthetic of Yoga Barn easily won me over, and I signed up for a pass. I did yoga twice a day for three weeks, and threw myself into it. I enjoyed it more than any other time I had tried yoga, though I still didn’t quite get it. I couldn’t take it seriously as qualifying as a form of exercise, and I still didn’t feel like an adept participant in all these extremely uncomfortable movements/poses/positions.

I wasn’t the slightest bit interested in the spiritual aspect, either.

I took an acro yoga class, and couldn’t even place my head on the ground, never mind attempt a headstand. Utter fear and refusal gripped me every time – it was a straight out “no” in my mind. I’m not one to give up, but at the time I was convinced, like so many others, that this was something that I just couldn’t do. Any of those goddess yogis were just born with that ability, right? However, I still really enjoyed the classes, was very into the yoga trend (all that gorgeous apparel, Banana Blondie, handstands on Instagram, etc.) and felt extremely zen during my stay there (even though the Yoga Barn vibe can range from off-puttingly intense and weird, to pretentious and touristy). 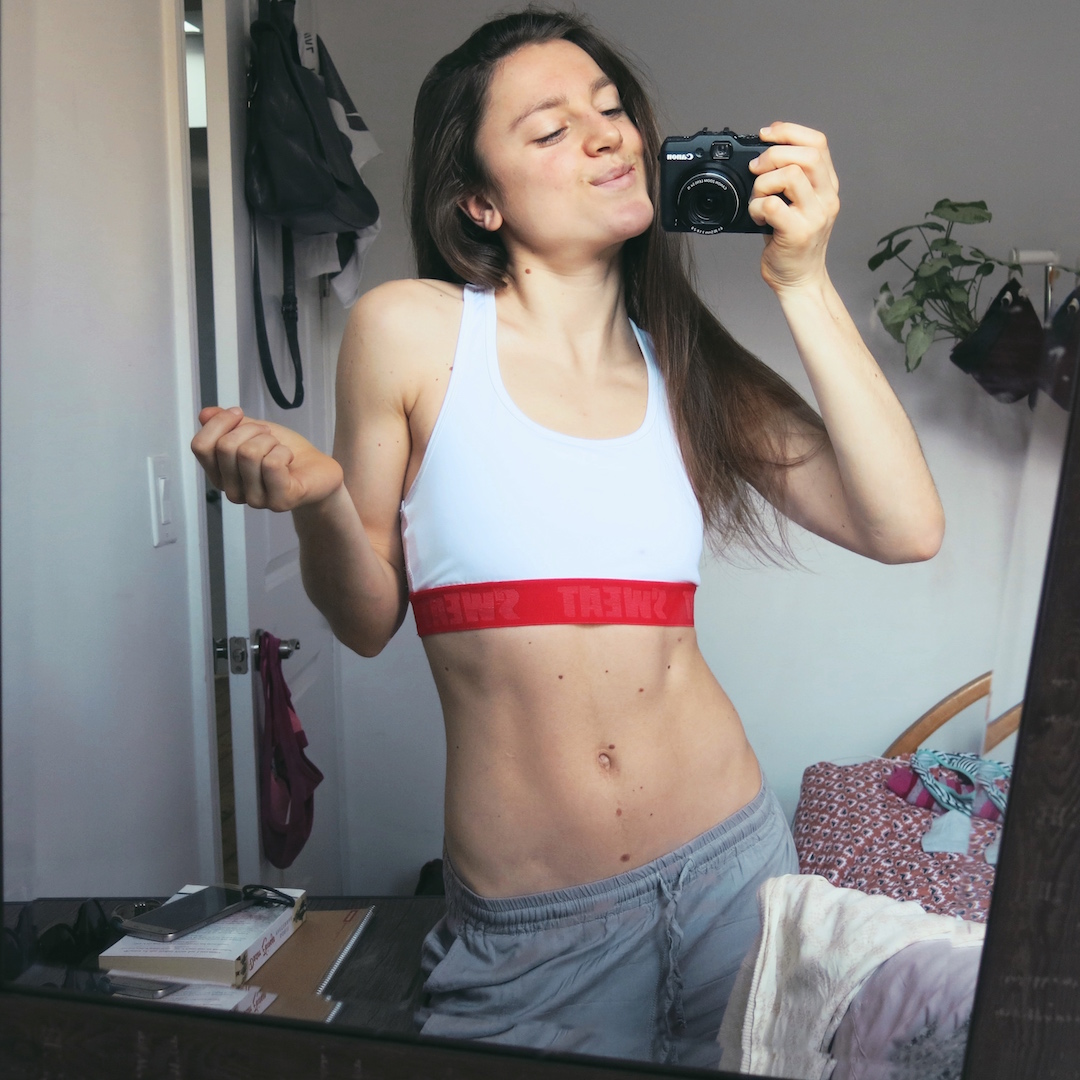 During the following year of traveling, I did one single yoga class, at the gym in Melbourne. It was pretty dull. But part of me was still determined to make yoga work for me. So when I moved to New York and joined Equinox, I decided this was absolutely the right time to fully incorporate it into my schedule (mainly because the price of membership at that place pretty much makes you determined to grasp every resource available to you there possible – twice a day, if necessary). I was still running consistently, but had switched to endurance rather than sprinting.

I soon booked myself into a power yoga class on a Tuesday evening with a friend. And I’m very proud and happy to say, that 7 months on, I now practice yoga 3 times a week.

So, how did this happen, and how has yoga changed my life since then?

I’ll say it again – I never saw the point of yoga and had accepted that I was made for adrenaline sports. However, finding the right yoga teacher makes ALL THE DIFFERENCE. The best yoga teacher I’ve ever had, Lindsay (@doublejointedyogini) was just a bundle of positive energy and fun vibes, and started every class with a little life anecdote. So many teachers just jump straight into poses or start with a stupid metaphor or yoga chant, but what you really need at the beginning of a class is to calm down and get connected with yourself, and settle into silence.

You can’t be good or bad at yoga.

We work hard and sweat in that class, but suddenly the concept of failure or levels of “yoga talent” didn’t exist anymore. Everyone is just focusing on doing their best, committing, and not afraid of showing weaknesses or vulnerability. Because there is no such thing as being weak at yoga. It’s not an olympic acrobatics session.

I no longer view yoga as a workout, but almost like a weekly therapy session – each hour session on the mat is my time to check in, all to myself, after work, separate from everything which clutters my life (in a good way – I love my life clutter!). 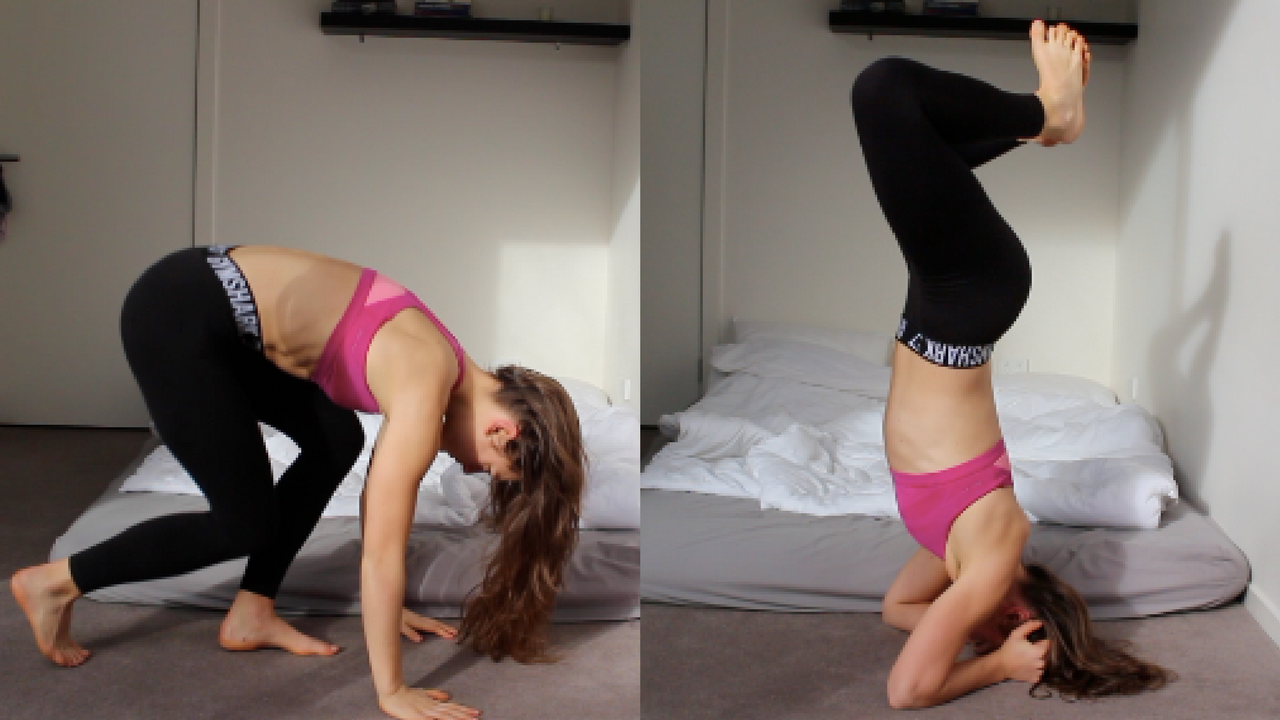 Yoga is teaching me to breath properly.

The most magical realisation has been that the real work and benefits of practicing yoga occur off the mat. Sure, you can think of yoga as being a series of incredibly uncomfortable and unnatural poses – but the point is the breathing, breathing naturally through something which feels mighty foreign and unexpected. Yoga is teaching me to breath properly, during the day performing regular tasks, or how to control and use my breathe efficiently when running, or how to just get through an unexpected, frustrating or worrying moment. Lindsay explained it really well when she pointed out that that our mind might be flipping out, but your body stays calm and breathes with (relative) calmness. So yoga can help keep you stable throughout the day, no matter your stress levels. It’s fascinating to start taking notice of your breath at any time of the day regardless. Especially in New York (subway stress, high levels of caffeine, etc).

It was when I accepted that I “wasn’t the best at yoga,” but kept going anyway, that I actually started to improve in form, pose and posture, and to benefit from the class. Of course, being consistent is important. But it’s so worth it.

Maybe most importantly, during yoga practice, you often up up facing emotions and truths which just spill out of you during a class (if the right music is played!), whether it’s yin or power yoga.

Hey, did I mention, handstands are a breeze now. And one day, the wall won’t be part of the picture! 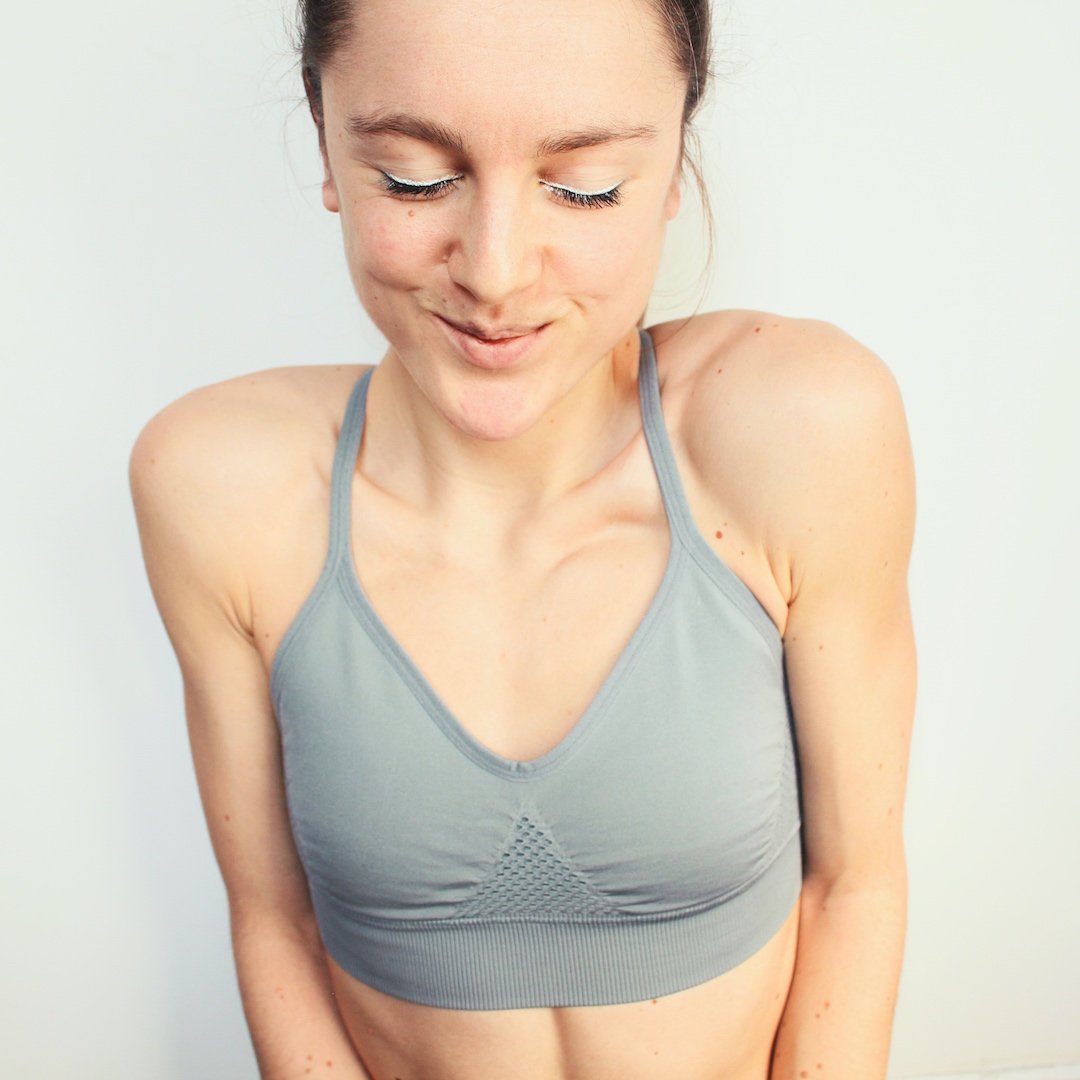