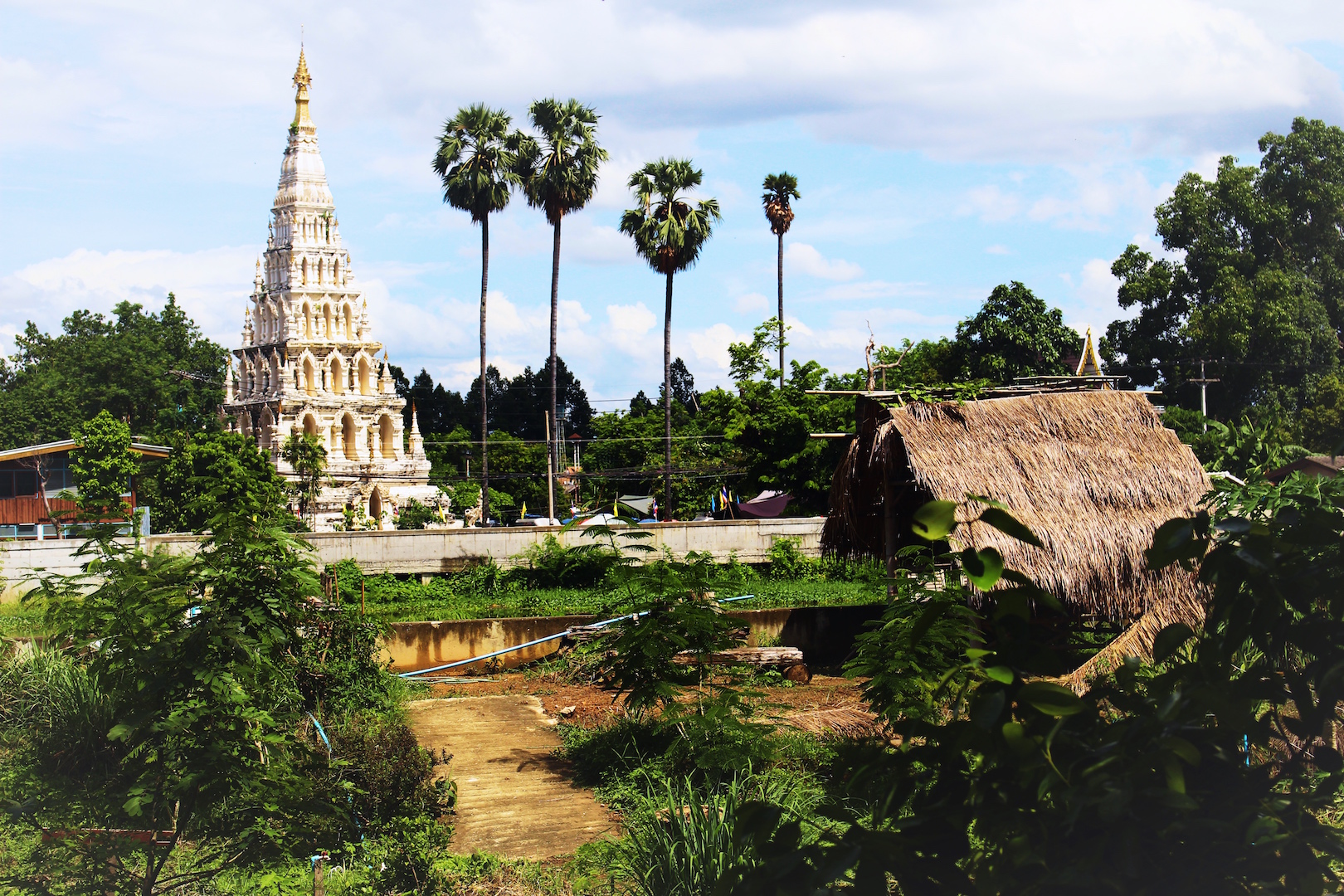 I wasn’t the only one at the airport – plenty of other cyclists had arrived at the same time, all looking equally confused and excited. Thus began the first of many searches for the Oversized Luggage area. One girl’s bike had been left behind in Sweden, it turned out. Mine had arrived safely (though this luck would eventually run its course). An American guy took charge, having attended the festival the year before. According to the Facebook group, there was a meet up that evening at a popular vegan ice-cream parlour in the city, with Freelee and Harley. Although the festival didn’t technically start for another two or three days, there were still groups of vegan cyclists who had been either living in Chiang Mai or hanging out there for a month or more already.

I’ll never forget the atmosphere, the sense of community, the eagerness to finally meet everyone, to eat vegan ice-cream and finally meet the heroes. I myself wasn’t a part of the Facebook group – I had actually been blocked, after recklessly ‘liking’ a post which apparently went against the cult ethos of the Rawtill4 leaders. Luckily I am good at explaining misunderstandings, though, and I was able to fix it all up with Freelee and granted access to the festival group.

I was at the fruit market a few days later, picking out some papayas and mangoes after the morning cycle, when I felt a tap on my shoulder and turned around to her waving at me. Safe to say I almost fainted, to think that Freelee the Banana Girl had remembered/recognised me from our previous brief encounters cycling up the mountain or at one of the restaurants. So I timidly told her that I wasn’t in fact a reckless dissent, and she happily added me to the festival page again. Freelee was quiet, humble, and actually quite shy. Although it turned out later that herself and Harley were going through all sorts of relationship traumas at this time, so that really affected the dynamic of her relationship with the crowd at the festival. They broke up after the festival, and I didn’t have any more contact with Freelee, though would become good friends with Harley later on in these crazy chronicles. 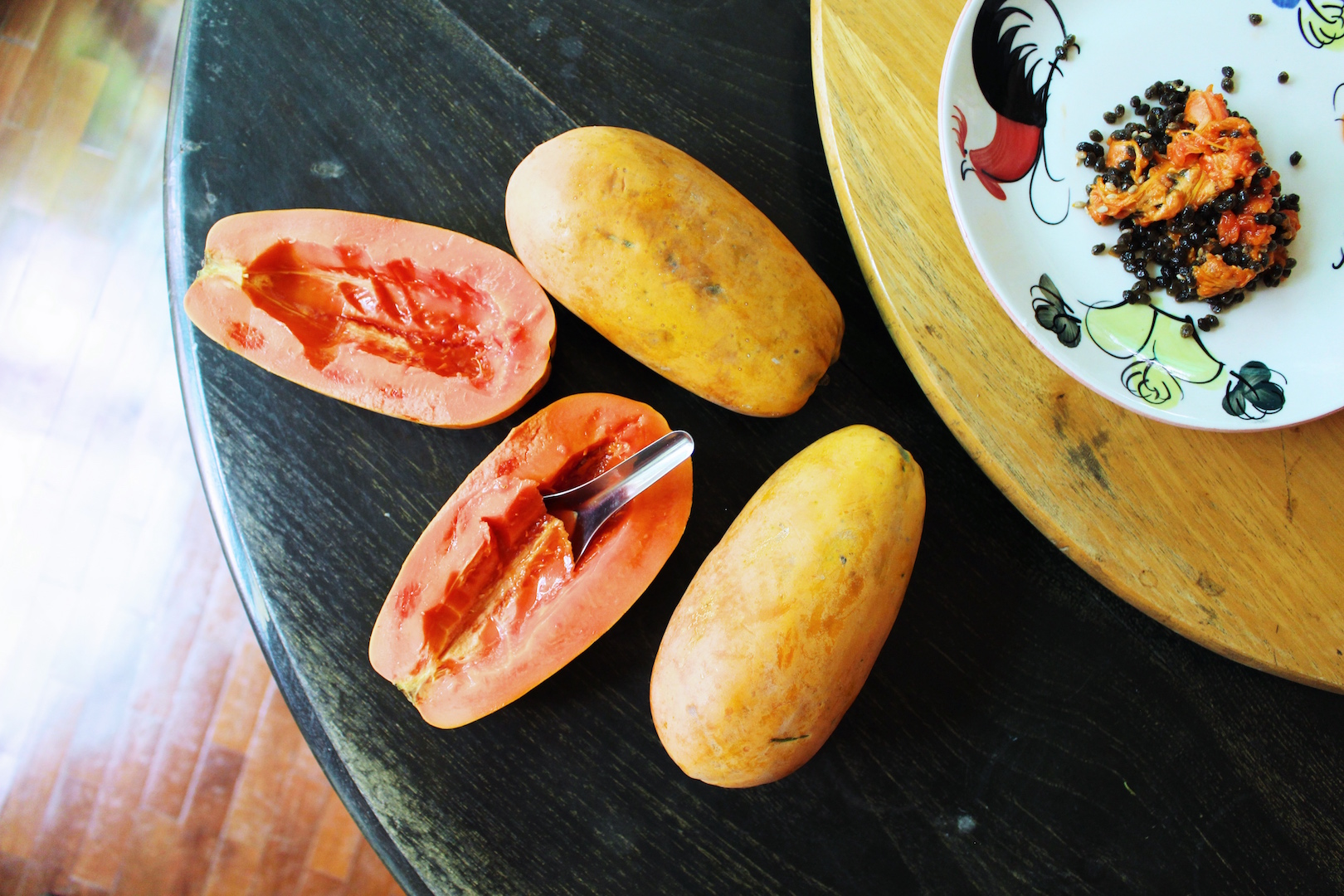 I had originally been drawn to the festival two years previously by a video someone had created and shared on Youtube covering the very first one, when it was a fairly tame event involving a bunch of fun fruit-heads who genuinely just wanted to hang out and eat mangoes, meet new people, and enjoy Chiang Mai. All the originals were in that video clip. It really seemed like the beginning of something promising, and it was, but the festival itself is no longer a solid entity taking place every summer under the same mentorship, neither does it attract the same people or follow one train of thought. Groups have branched out, broken off, according to habit and sport and lifestyle, according to friendships, loyalty, sometimes according to Instagram followings (but not so much anymore – that was a 2015/2016 phase).

I think there were probably about three solid festivals altogether – this past summer 2017, groups still flocked to Chiang Mai to cycle and enjoy the vegan food and good weather, but no longer under the festival title. More groups have sprung up on facebook, people still care about spending time with like-minded people and vegans, people still follow the lifestyle evoked in those first videos of the Rawtill4 Thai Fruit Festival and share the same energy – but the original festival style and format doesn’t exist anymore.

I actually met a girl in New York last weekend, who said she had been to the first festival and that it had been the most magical experience of her life. Watching that first video several years ago, I was desperate to go. It seemed a very far flung dream though, heading off to Thailand – Asia still seemed an extremely remote and distant place at that time, and in the summer of 2015 I had about as much chance of traveling to Thailand as I did moving to the jungles of South America. I wasn’t even sure at that time if I really wanted to go to the festival – it was still quite a small event, and I had no idea of knowing what I was really getting into, how I would manage over there and whether I was brave enough to travel solo (I knew absolutely not a soul who would have been interested in accompanying me to Chiang Mai to eat fruit with a bunch of vegans from all over the world. I was fairly sceptical about them myself).

I was working at a bar on a campsite in the south of France at the time of the first festival – it was the year I had discovered fruitarianism and the 80/10/10 diet, which wrecked havoc on my health in the end (not because of the lifestyle itself, but my approach to it – but that’s another story). I was obsessed with fruit. I remember speaking to someone staying at the campsite who was from one of the French DOMs, and he told me about the abundance of fresh fruit available there, and it blew my mind – my idea of the absolute perfect life comprised of having access to all that ripe fruit.

In Europe however, I was limited to two mangos a day and a few spotted bananas. So naturally, Thailand promised great things. $2 for 30 ripe mangoes? 3o bananas a day for $1? This has been, and always will be, the main attraction of Asia for me. Not cheap alcohol or drugged tigers, abused elephants or neon lit bars. The locals benefit too – when the season for vegan cycling tourists arrives, we sweep through the stalls and spend all of our money on their produce. We pack out the restaurants and order abundantly.

Arriving in Chiang Mai in May 2016, we packed our bike boxes and rucksacks in the boot of a songthaew, and I sat on the floor as we bounced along the roads heading towards the city. My face was turned towards the sun, and tropical heat seeped through me. 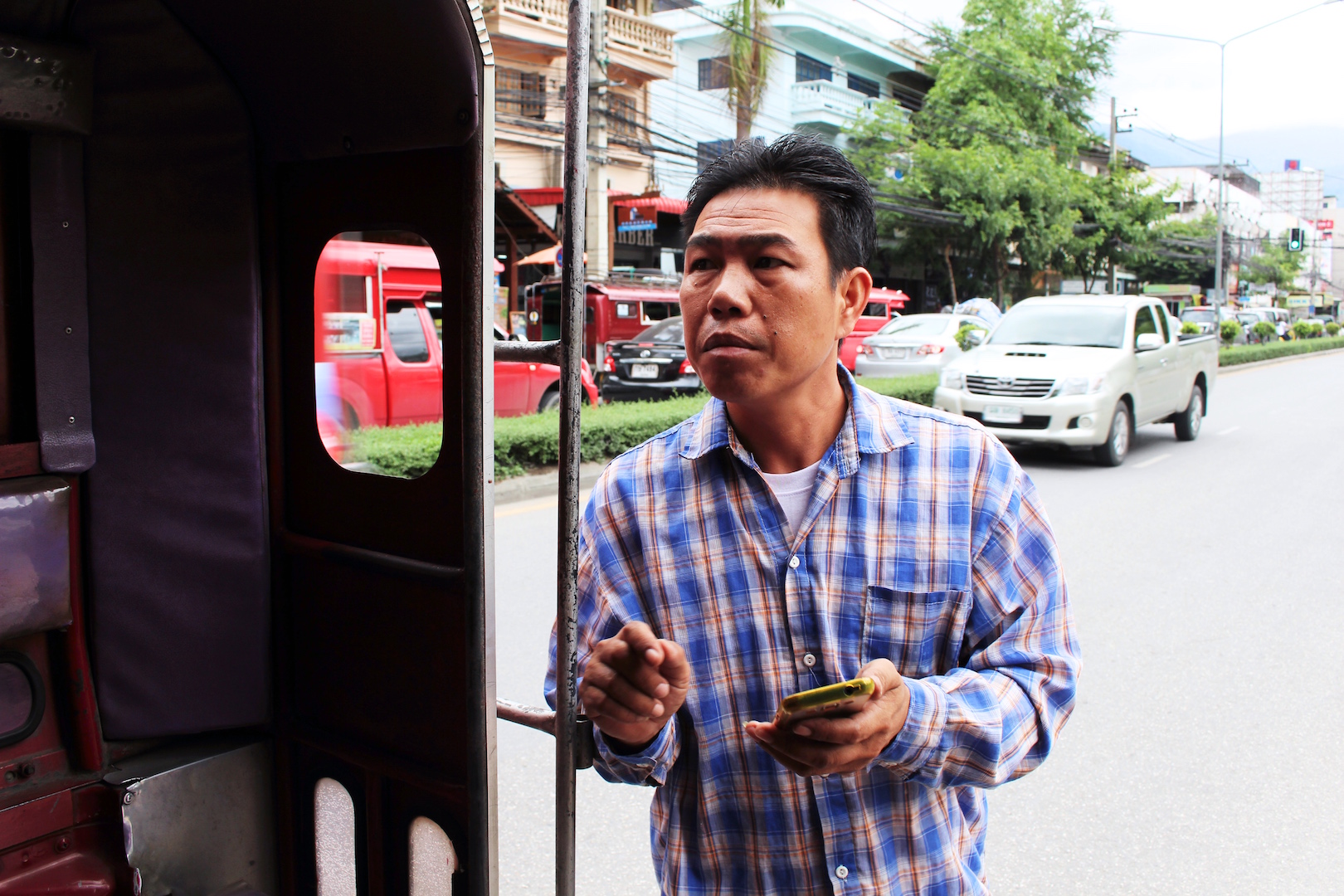