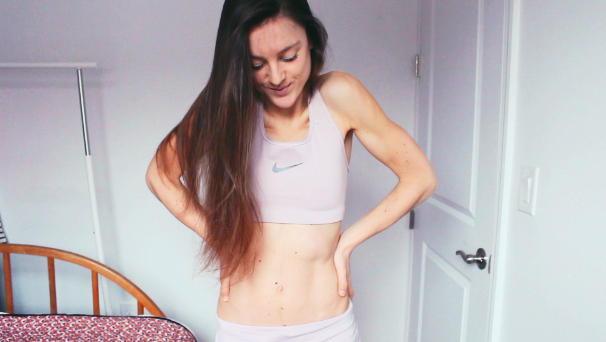 Training for a Marathon after Hip Surgery

No one ever imagines having to one day deal with chronic injury which incapacitates and alters your life in a major way. No one can be prepared to deal with unexpected trauma, or life incidents which throw us in a position where we suddenly have absolutely zero control.

This was my reality when my hip injury and accident happened – absolute disbelief, fear, denial, and panic. The whole world suddenly felt foreign and displaced. I couldn’t run anymore. The very thing which was holding my life together yet simultaneously destroying me, evaporated into thin air, in a chance instance.

The Background.
It was August 2014 when I fell off a ditch and tore cartilage in my right hip. I weighed just under 40 kilos. I had spent the summer in what felt like a drug induced cloud. Coffee, fruit, running, sleep. I was working on a campsite in the south of France, where I had worked the summer before. I have only fabulous memories of that first summer, filled with spirit and freedom, when my issues with food and weight and exercise had eased a bit, and my thoughts were otherwise occupied.

It turned out to be just a pause, though, and the year following that summer, exercise addiction got real, and I deteriorated, slowly. When I went back to the campsite to work another season the following summer 2014, the experience was very different. I didn’t feel fit or healthy, and I didn’t feel happy either. 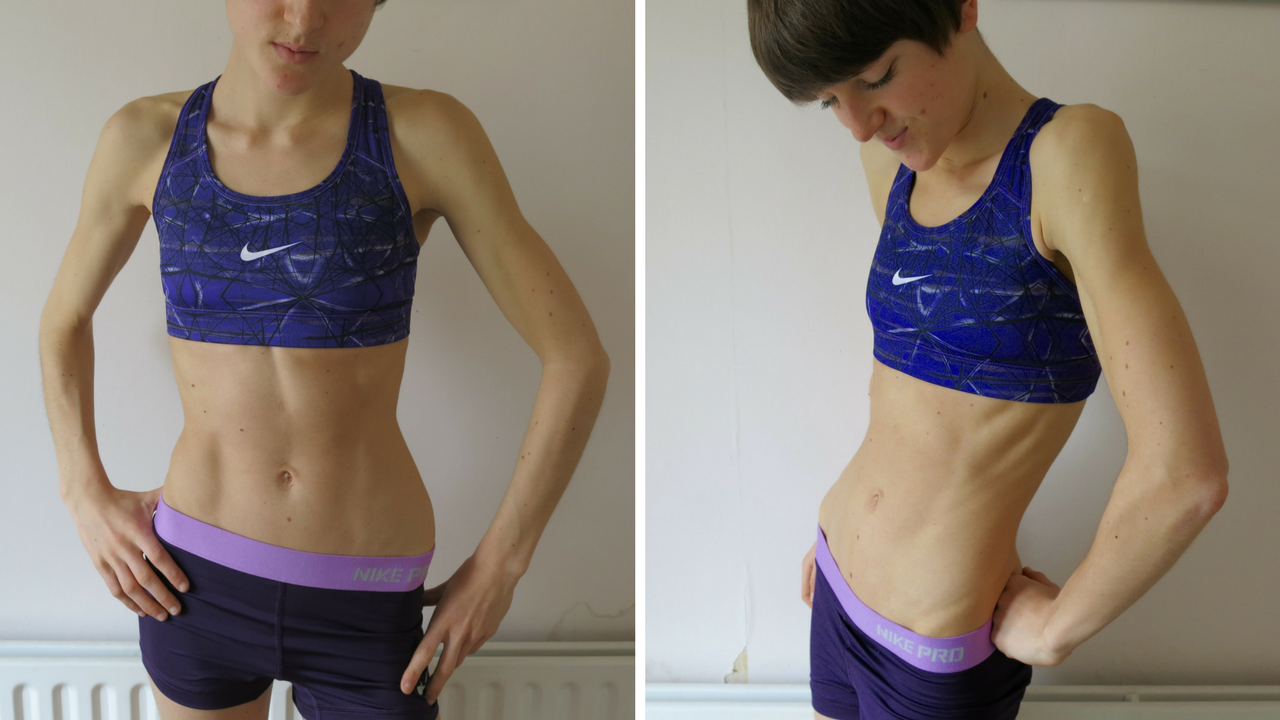 This context is definitely relevant to everything that followed – the injury, hip surgery, and the journey to the half-marathon. For so long, I was addicted to the high of running and feeling starved. If everything else in my life suffered in order for me to remain in that zone, then so be it.

Things had started off really well at the campsite at the beginning of the summer actually, with the excitement of returning to old friends and faces, the beautiful Dordogne, meeting new people, enjoying the simplicity of seasonal work and spending evenings drinking and singing in the dorm common room. But before long I was just too tired for any of it. I didn’t care, and I suddenly hated everything and everyone.

The Injury.
I was out on my usual run one afternoon on a path in the woods, one week before my flight back to Ireland, when an enormous dog appeared and catapulted towards me rather viciously – I’m a fast runner, but that kind of situation puts you into panic/flight mode, and I tripped and fell off the side of the cliff edging the path. It wasn’t like I fell off the side of a mountain or anything, but it was a very steep drop, and I landed badly. The pain was excruciating. The dog couldn’t reach me where I’d fallen, and I somehow managed to drag myself back to the campsite, bawling my eyes out.

By the time we arrived at the hospital I was convinced I’d broken my hip – I knew straight away anyway that something was very, very wrong, and this wasn’t a slight injury or sprain. The x-ray showed no broken bones though, and I left on crutches. I arrived in Dublin airport in a wheelchair. My Mum was altogether horrified when she saw me, and of course we had a lovely screaming match in the car on the way home.

Physio to Surgery.
I explain the recovery process in more detail in my Youtube video. Basically, throughout the following year of physio, the only exercise I could do was cycling or the elliptical. Walking was painful, and at the same time I developed gastroparesis and could barely eat. Doctors thought I had a stress fracture in my femur, before a specific x-ray showed torn cartilage. This was in New York, and I was advised to try more physio before thinking about surgery, as this was a last resort and probably would’t help that much anyway.

A year after the accident, I saw a specialist in Dublin, told him I was fed up, and wanted surgery. They did another x-ray, where ink is injected into your hip joint to highlight the area. From the results, surgery was scheduled for the following month.

So I had the surgery. It involved dislocating my hip from my joint, and cutting away the torn cartilage. Cartilage can’t heal itself, and the pain was being caused by the torn piece flapping against the joint (or something like that), so all they could do was clean up the joint area and cut away the damaged cartilage. The immediate recovery process was extremely painful. I had an extremely negative outlook on the whole situation and was throughly convinced I would be stuck like this for life.

I roamed the internet and Facebook groups for stories about this injury and other people’s recoveries, and THIS WAS THE WORST THING I could have done – everything I found confirmed my worst fears: there was no hope, I had to accept that I would never run or play sport at an intense level again. My surgeon himself told me I probably wouldn’t run more than 5km distances again in my life. I was devastated.

Rehab.
The rehab process involved lots of strength training using resistance bands and bodyweight exercises, as well as swimming and cycling. In February 2016, 18 months after the injury, I stepped back on the treadmill. But I didn’t want to to push it, so from then on kept my treadmill runs to under 6km. I soon picked up sprinting, and found that this type of training and movement really helped strengthen and recondition the muscles supporting my hip area.

I honestly believe that the most important part of my recovery process was the enormous amount of cycling I did that year. Cycling is fantastic for any joint-related injury – I remember watching cyclists in France who were at least 60 years old, flying along with no problem. I attempted a long run that summer, up and down a mountain in Chiang Mai, totalling 21km – it was an extremely stupid thing to do, and I was pretty crippled for a few months afterwards, and didn’t run again until towards the end of 2016.

I started cycling in Thailand in June 2016. I had never cycled a road bike before in my life, but spent the next few months really clocking up the miles. We did some crazy cycles up the highest and steepest mountains in Thailand, and I was averaging 500km a week at one stage. I cycled the Cote d’Azur, across Bali, through the Adelaide Hills, and used my bike as transport in Sydney and Melbourne. My running involved sprint intervals on the treadmill – I never ran outside, still dealing with some sort of fear and reluctance perhaps as a result of the accident. 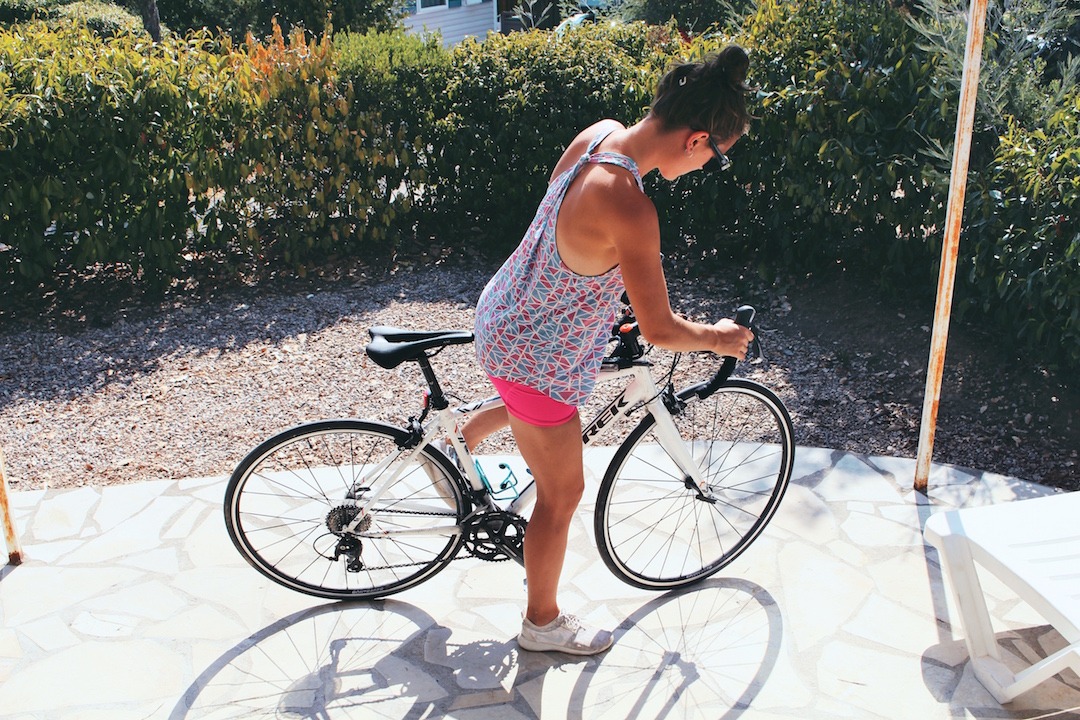 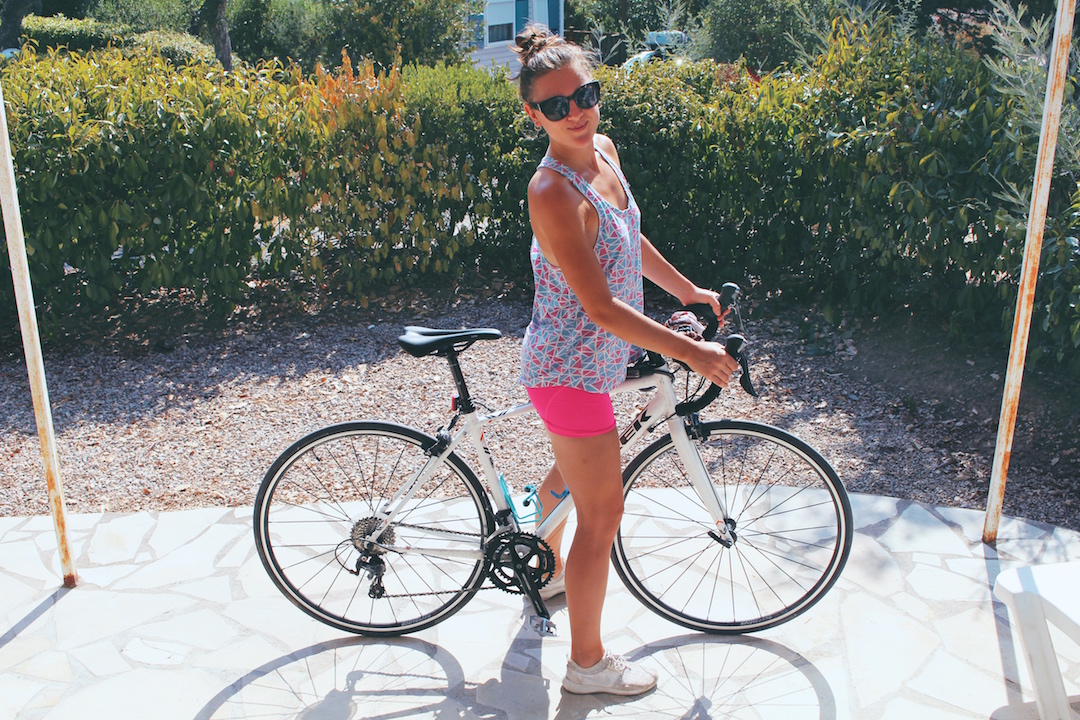 Endurance Running: Half-Marathon Training
Today, I live in New York, and I’m training for the Brooklyn half-marathon this May 2018. Towards the end of last year I realised that sprint training was no longer working for me at all. I started to experiment and change my workouts, and started to do more research and reading into endurance running, and how to train my muscles, metabolism, and aerobic system. I felt dramatic changes, very quickly, and decided that maybe it was time to think about competing. So I signed up for the half-marathon, and here I am.

I don’t experience any pain when I run. However, I am very conscious of my limits, and extremely careful and self-aware when it comes to my hip and how I execute certain movements. Soccer, for example, is out of the question for me now (I used to play soccer at a competitive level throughout my early teens). Technically, running should be too, but I’ve fought stubbornly to not only regain my fitness and athletic strength, but to surpass all my previous running capabilities. I’m still not 100% sure of my relative potential, but I’m looking forward to running outside again soon with a few running clubs and entering a few more races this year! I’m currently running 30 – 40 miles per week, as well as two yoga classes per week.

Dealing with injury is not easy. I get many questions on my Youtube videos about how to deal with it, and I’m still thinking about how to provide some sort of helpful answer to this. Because the truth is, behind the details, I didn’t deal with it well at all. I’m certainly in a far better place right now, and excited to keep exercise in my life with a new perspective. I’ll definitely be keeping this topic in mind for further blog posts! 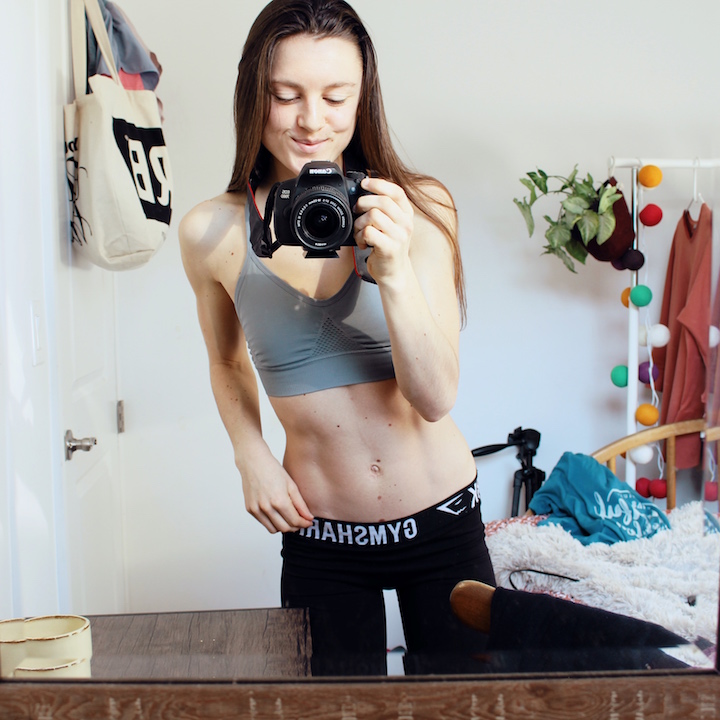