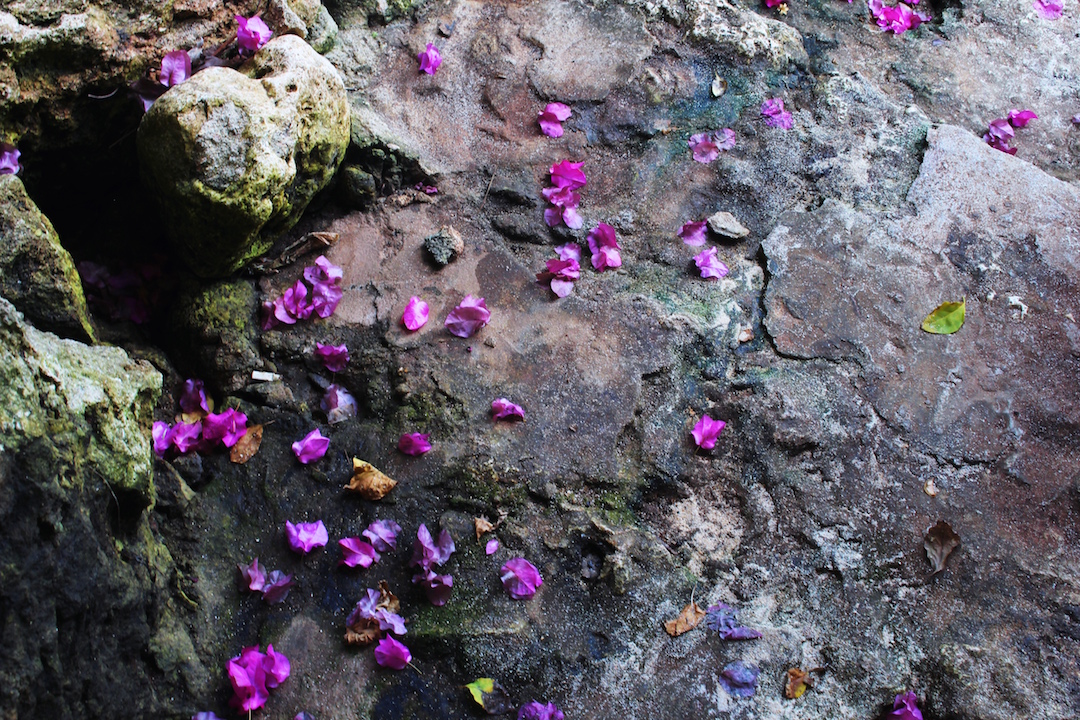 It’s been over a year. Since I packed two bags and left, on the little adventure I’d been waiting to jump into for years. I remember booking a flight from New York to Thailand while studying at Columbia in 2015, a stubborn and stupid decision as I was barely physically capable of making it from my dorm radiator to the university campus one block down the road. But I was determined to set off on my way to the Thai Fruit Festival in Chiang Mai where I would surely laugh about all previous health woes, while basking in a new-found appreciation of life and fitness.

I didn’t make it to Thailand, and ended up having two surgeries later that year.

But that’s another story.

Interestingly enough, I wasn’t really interested or aware of travel as a concept at that time. All I cared about was hanging out with vegans and ridiculously athletic people, and having access to unlimited ripe fruit in a hot climate. When I flew back to Dublin, I felt immediately that I couldn’t stay in the country for the rest of that summer and searched a destination where I would be 100% guaranteed 45 degree heat and sun in August – Morocco.

Someone asked me recently out of all the places in the world I had been to, where had been the most striking and memorable. Morocco was definitely where my passion for travel snapped into existence to the detriment of a cohesive future – I met people who had been traveling the world for months and years, hopping from country to country, having wild and magical adventures. The obsession with Skyscanner began. I remember finding a flight from Morocco to Spain for £11 and thinking that this was the most monumental possibilty, and enjoyed a stopover in Madrid on the way back to Ireland. When I arrived home I confidently announced to my parents that I wouldn’t be returning to college that year and requested they please put my tuition costs towards my world-travel itinerary (I truly believed I could span the globe for a year on 3500 euro – it would take personal experience to show me that this was a major underestimation). The answer was a resounding negative, so I patiently left my plans hanging until after I graduated.

During my Irish oral exam for the leaving cert I remember steadfastly assuring the examiner that I was going to ‘an baid ban a thogail’ out of Ireland as fast as I could once this secondary school lark was over. Even when I ended up at Trinity College, the place I swore I’d never attend, I couldn’t stay still and dropped out after first year to pursue my francophone yearnings in France (however, the French education system isn’t quite as lenient as Irish student life, which saw my swift return to Trinners).

I’m currently typing away in a café called ‘The Tinpot Café,’ a rustic and cosy place with antique decor in Fitzroy North – Melbourne, Australia. I’ve been here for almost two months now (in Melbourne, not the café – although coffee shops are admittedly where I spend the majority of my time in this city). I am approaching the one year mark of being on the road. By ‘on the road’ I obviously don’t mean I’ve been trekking around the world and countryside daily, setting up camp every night (although it has almost reached that stage on many occasions). But I haven’t spent more than two to five months in one place in a very long time. And I’ve decided to start writing. Why?

Firstly, it’s appropriate for the anniversary mood I find myself in these days – must do something to mark the occasion, right? A year is a standard measurement in these cases. Although a year does’t hold a lot of time anymore. When we were kids perhaps, one year would trench before us like a bottomless hole and you couldn’t fill a library with all the adventures, changes, thoughts and occasions which it contained. As we get older we find ourselves remarking with every passing 12 months how the past year has flitted by more quickly than any other. Now I’m going to attempt to fit it all into one blog.

I’m going to start from the beginning and tell a story. This is primarily for myself (whether anyone reads it is irrelevant), something to occupy my coffee shop time, to refill the past year with perspective, a way to find what was lost along the way. We travel to find ourselves, have you heard that one before? Well, I lost myself. Completely. I lost my calm. This year has given me a new understanding of the concept of ‘comfort zones,’ and what it means to leave them – whether you choose to do so or realise you’ve done it unconsciously. You need to lose yourself before you can ‘find’ yourself.

I kept various journals and diaries when I was younger but the content always felt extremely false and flawed, uncommitted – not Anne Frank material. This project excites me, though. I feel as if there’s something lacking and missing, a part of myself I amn’t fulfilling, which nags and annoys me everyday because it won’t show its face, or tell me what to do, or how to do it. I could say that this is the aftermath of years of university and education, institutions and lifestyles which often ingrain a militant understanding of productivity and leave you scrambling desperately in their inevitable and violently abrupt end. “What are you doing with your life?” said no one in school or university ever. We spend our whole lives routed securely to an external structure which comfortably distracts us from any underlying internal questions and ideas which may present themselves along the way.

Someone once told me that when I went to university, life would really begin. They were wrong. Your life begins when you hop off the tracks – a happy idiot full of expectations and plans. When I left for a month’s trip to Thailand in May 2016 I thought I knew it all. I kept going, and life began when I realised I didn’t have a clue how to live or what to do with myself – now that the whole world was mine I didn’t really know what I wanted at all, and slowly started to realise that doing what was right for me was actually a very complicated subject.

Now I need to grab a second coffee and head to the gym before work. (Somebody just rolled into the café on roller-blades.)

A very long story to come. 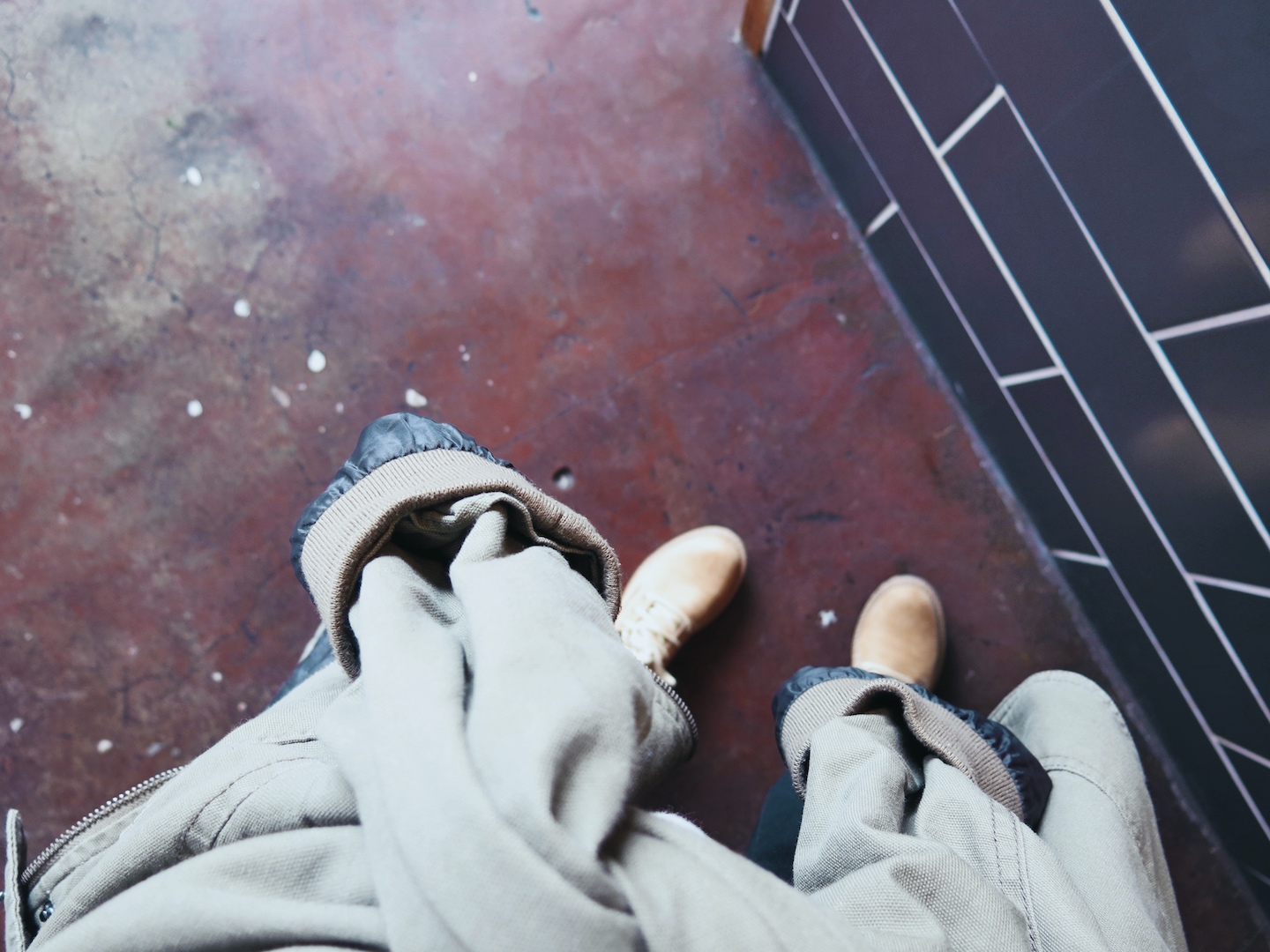