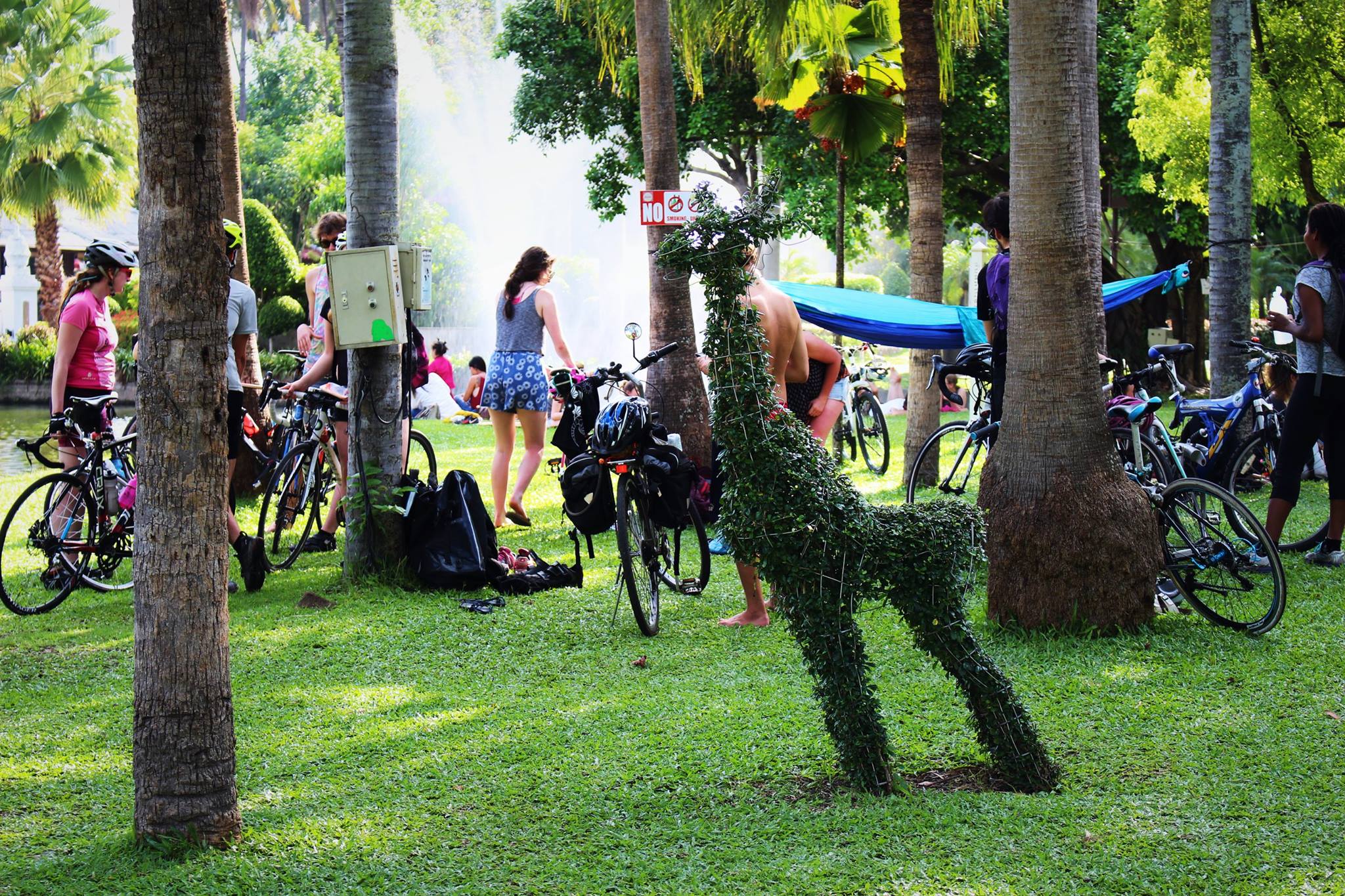 Life as a Vegan Cyclist in Chiang Mai, Thailand

What does Chiang Mai mean to me?

At every chance I could, I would stop and remind myself of the adventure I was part of, and attempt to locate myself in my surroundings, relative to everything that had happened in my life before. 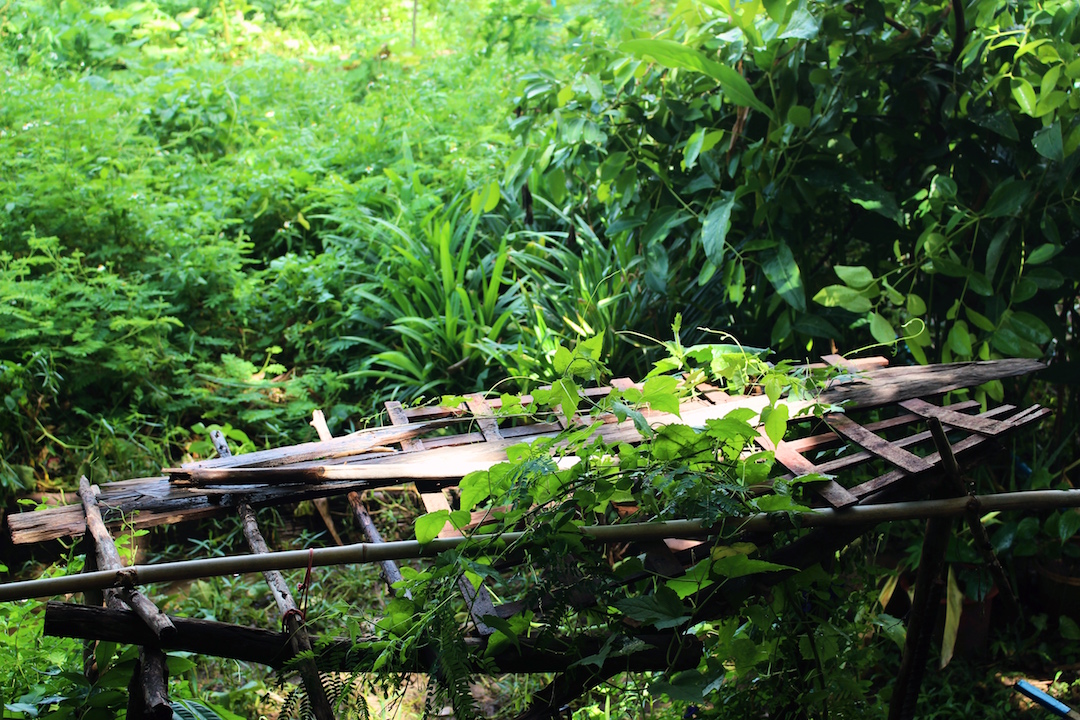 Cycling up Doi Suthep every morning at 7am, mango smoothies surrounded by piles of bikes and lycra clad cyclists, red songthaews packed with tourists visiting the temples. Gathering in a concrete arena and listening to Freelee and Harley talk and answer questions, filling us all with some sort of rebellious enthusiasm and motivation. It was always freezing at the top, after the 10km climb, and the cycle down was exhilarating. Terrifying, though, and dangerous. Collar bones were broken and one face took a smash. We would all zoom down. I was always relatively cautious and slow with my descent, but they were the magic moments. 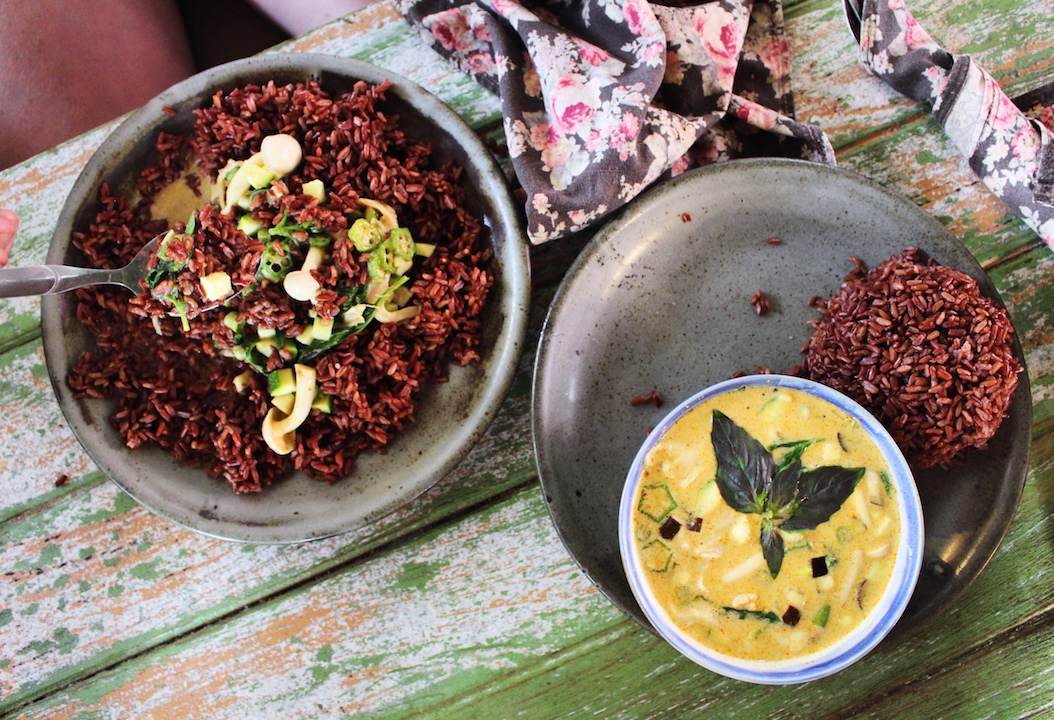 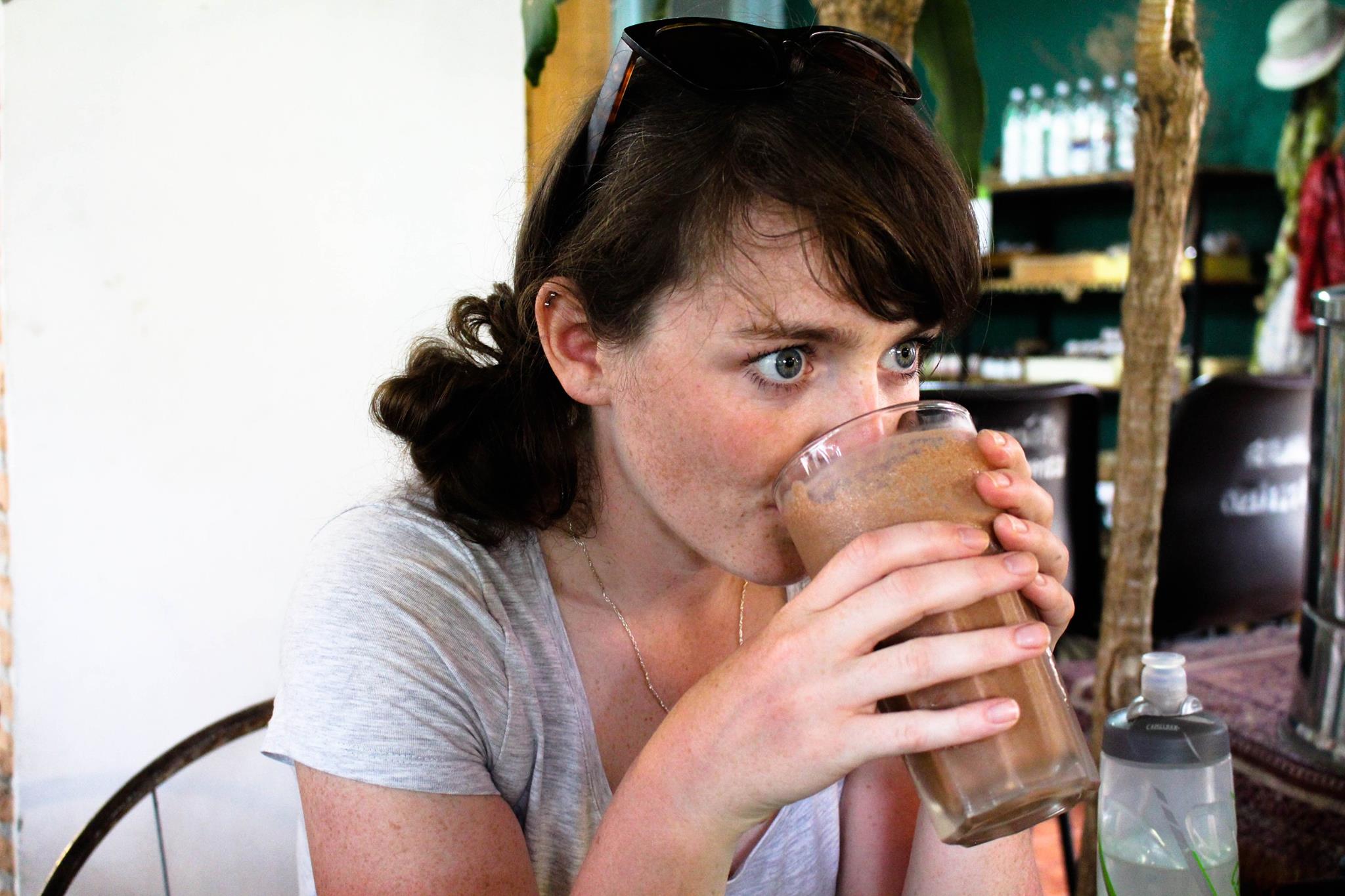 On my second night, I was pushing my bike through the streets of the old part of Chiang Mai city, and stopped at a vegan
restaurant (one of the many millions) to read the menu. Two girls were sitting outside chatting, and I immediately recognised a familiar accent.

“Are you from Cork?” 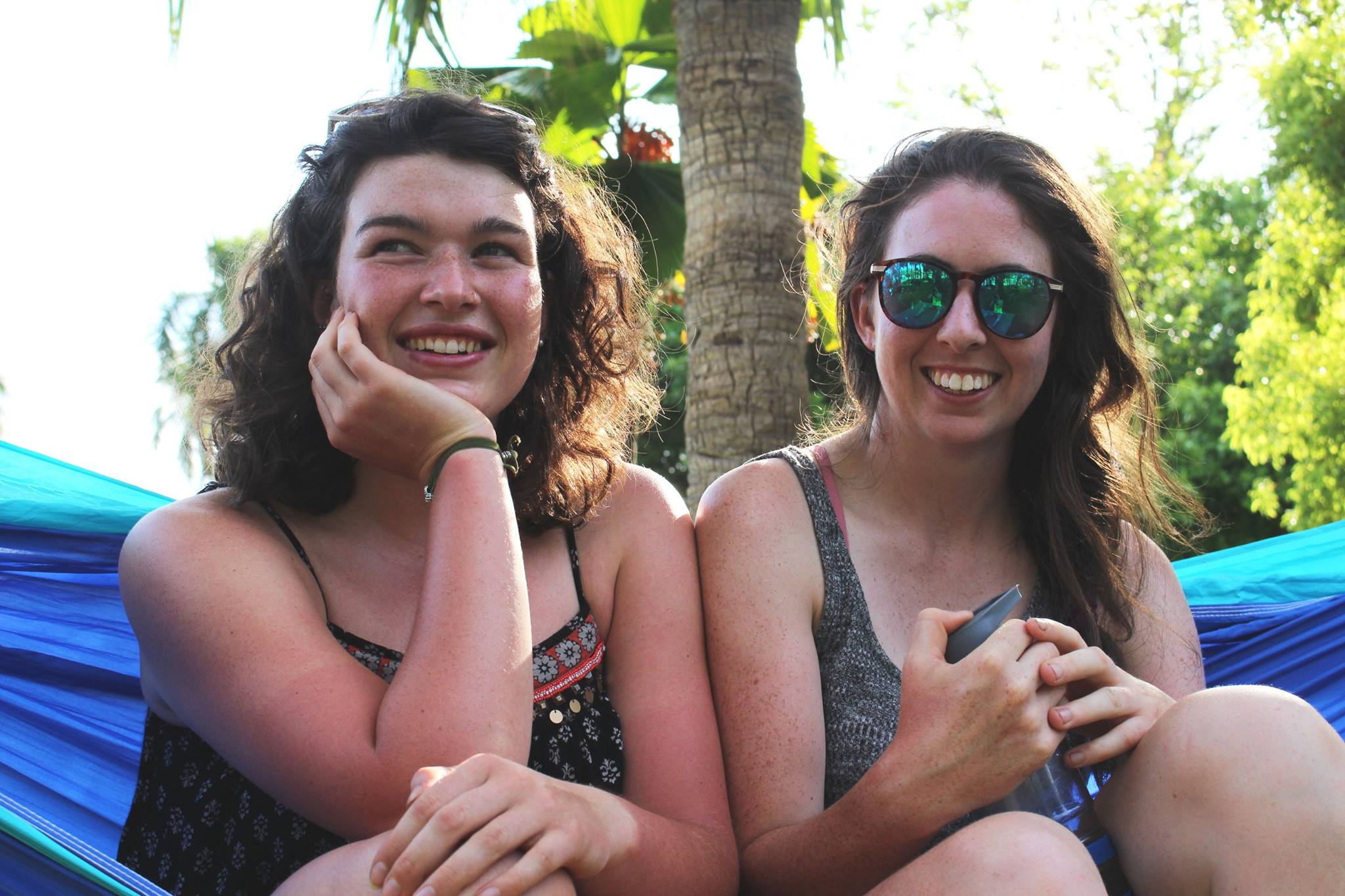 And so it happened that I escaped Ireland, traveled all the way to Asia, and ended up living with Irish girls. A girl from Dublin joined us a few days later. The craic was had. At first we shared a hotel room near the market, where plenty of other vegan festival-attendees were staying, and after the morning cycle we’d bike around the market for fruit before heading back to the hotel room for breakfast. I must have eaten about 30 mangoes every morning in one sitting. We even had a “mango towel” (they’re notoriously messy to eat), stained bright yellow. When myself and one of the girls moved to another hotel for a few nights, they came after us on the way out saying I needed to pay for the mango towel because it was so stained. I said absolutely not, sure didn’t I have my own mango towel back home and it came out of the wash perfect every time – it was just sugar and water. 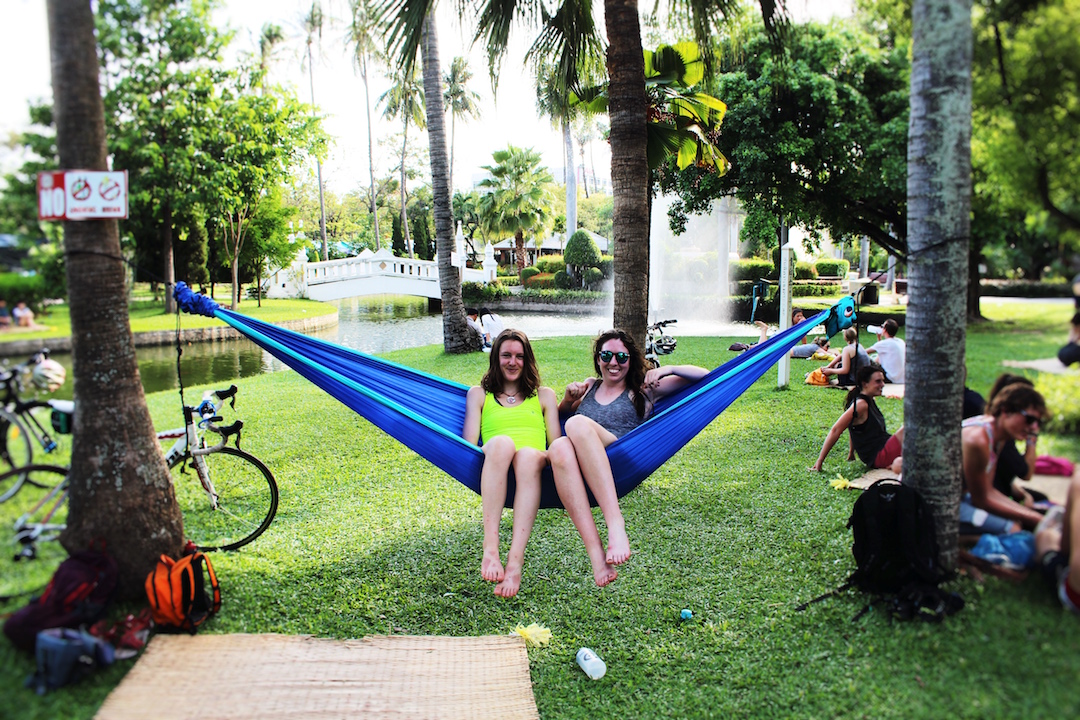 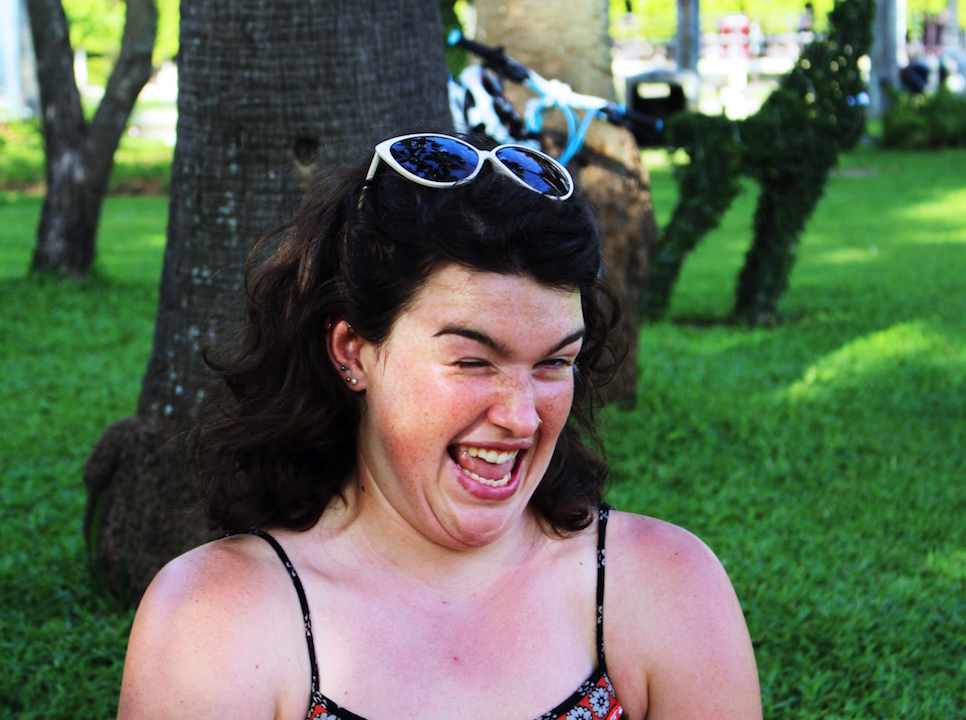 Chiang Mai was the successive clicking of heels into pedals when the lights turned green. Filling in part of the pack as we whizzed along after Durian Rider to secret cheap bike store locations around the city. Packing out the restaurants, ordering extra large pad thai, extra bowls of white rice, helmets littering the floors and tables, bikes packed together – no need for a lock in Chiang Mai. Visiting the gorge, flying off the rocks into the warm water, overwhelmed by its basin, which felt more expansive than the sea. 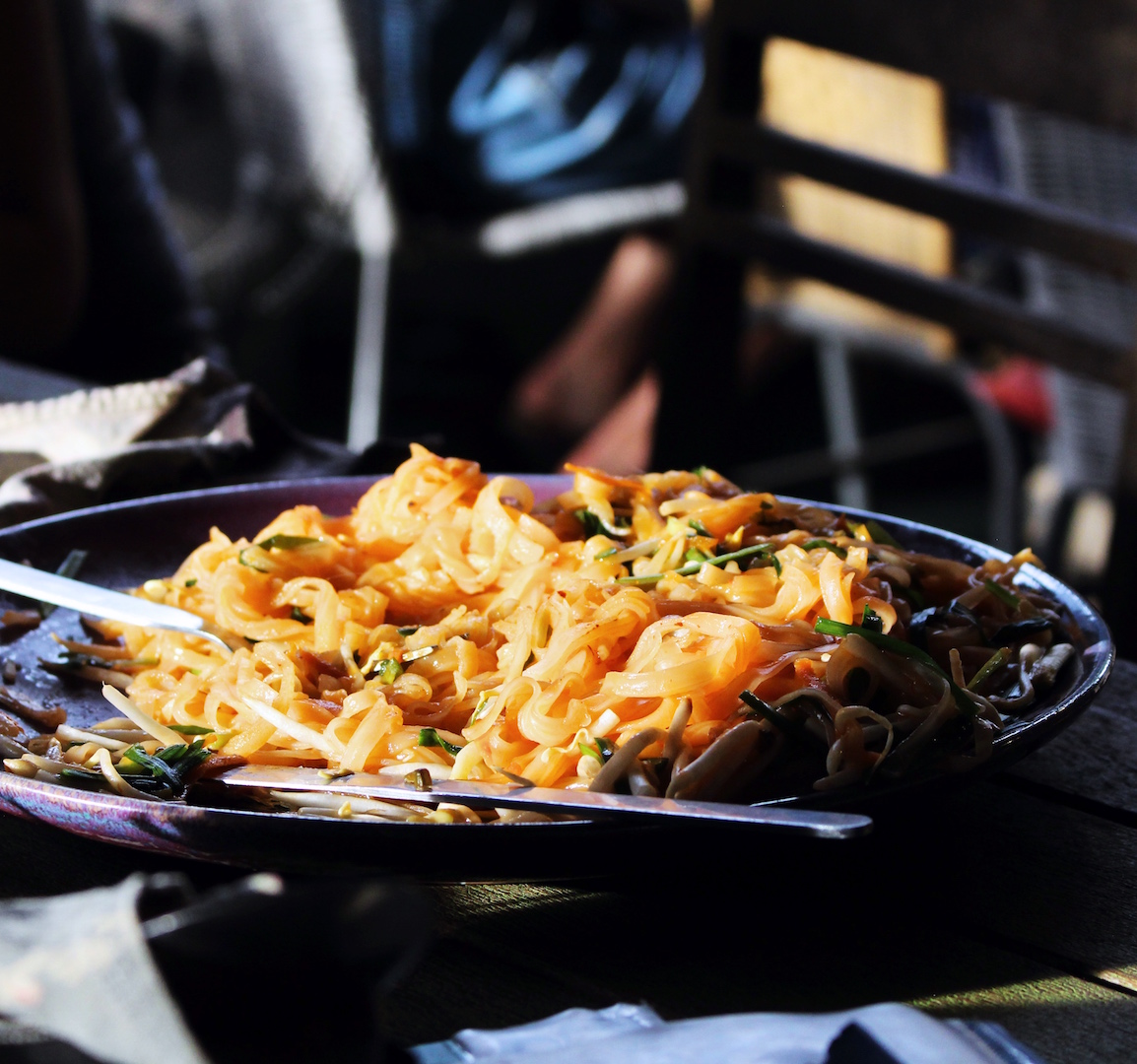 Chiang Mai was gorging over durian, the ritual of splitting apart the pod and scooping out the creamy fruit with your hands, tasting the rich sweetness, like melted white chocolate. Watching acro yoga in the park at fruit lucks, missing the correct turn every single time navigating around the city’s simple yet complicated layout. Experiencing a humidity which was unbearable, appreciating air conditioning on a new level when the power was cut during a storm at night at our Airbnb. Pitying the fools who took off to Pai while the rest of us stayed nice and comfortable at home. 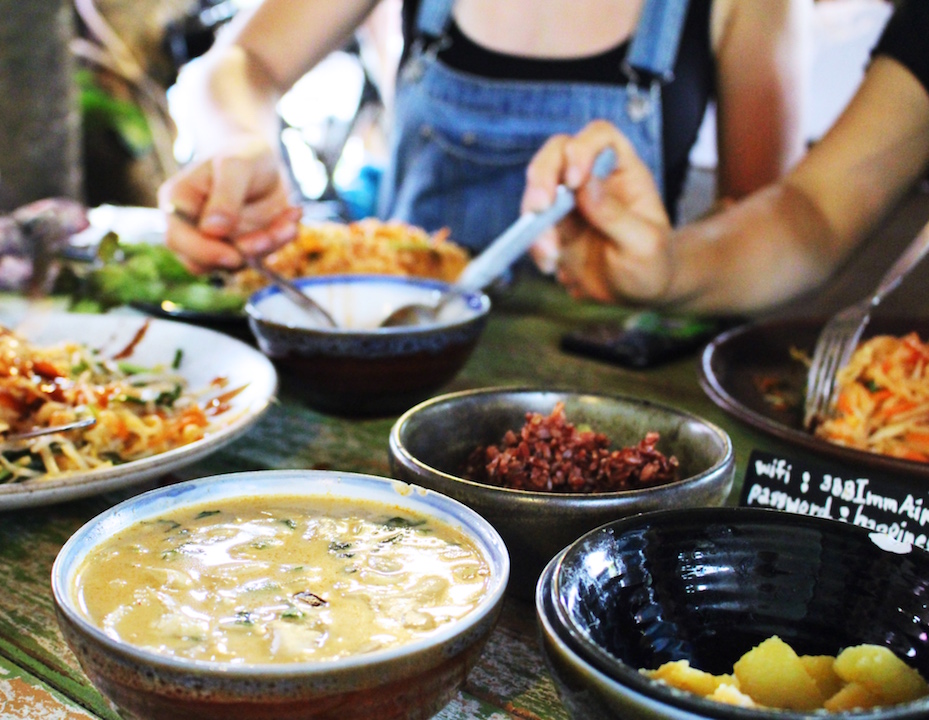 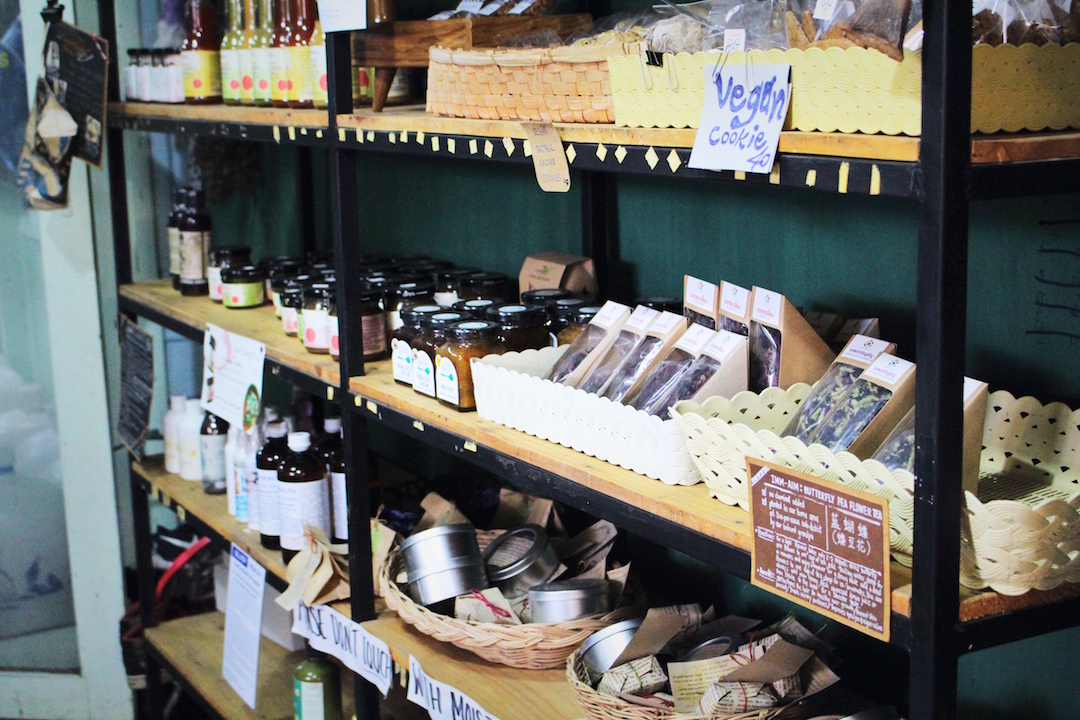 Chiang Mai was meeting the fittest people I’d ever come across. People who had never eaten meat in their lives, zipping up those mountains. Pushing myself to extreme limits to get through a certain segment. Abominably steep roads. Other-worldly views. Immersion in Thai forests. Learning basic local words, interacting with people living there, the friendliest people, feeling safe cycling even alone at night through the streets.

Chiang Mai was buffets of potato, pumpkin, spicy salads, rice, coconut curry, in a raised and covered hut-like balcony in the fields outside the city, sometimes sitting on the floor to eat because the place was so crowded with the vegan cyclist crew, sharing stories and accents from around the world. Hanging out in Maya Mall, drinking litres of juice as a snack, backpack in tow, always sweating and looking the most unattractive I’ve ever been, feeling it too, but driven by the madness and novelty and excitement of it all. The world I’d watched on Youtube for years – I’d entered it, I was living it, I was free, I could do anything. 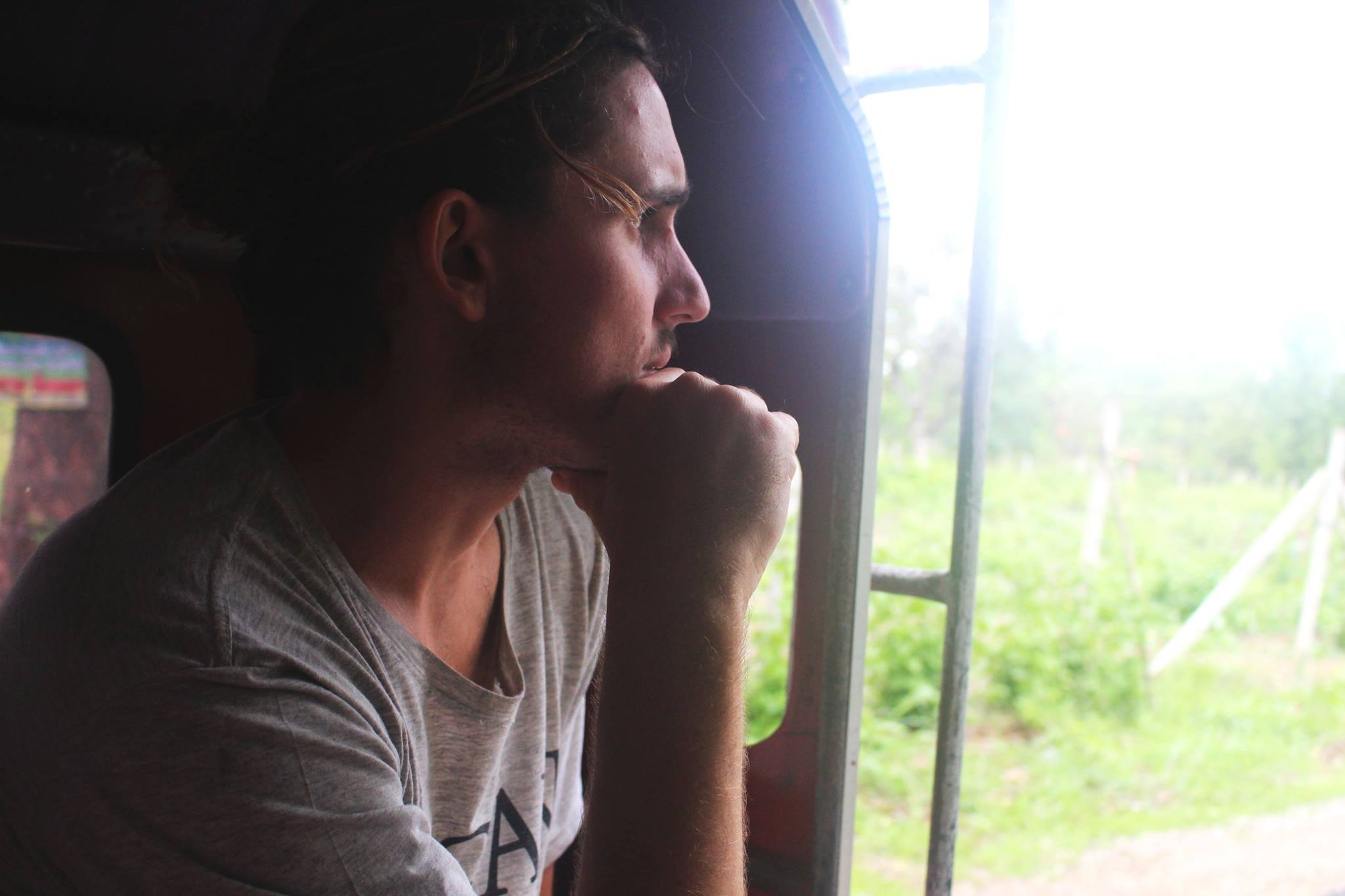 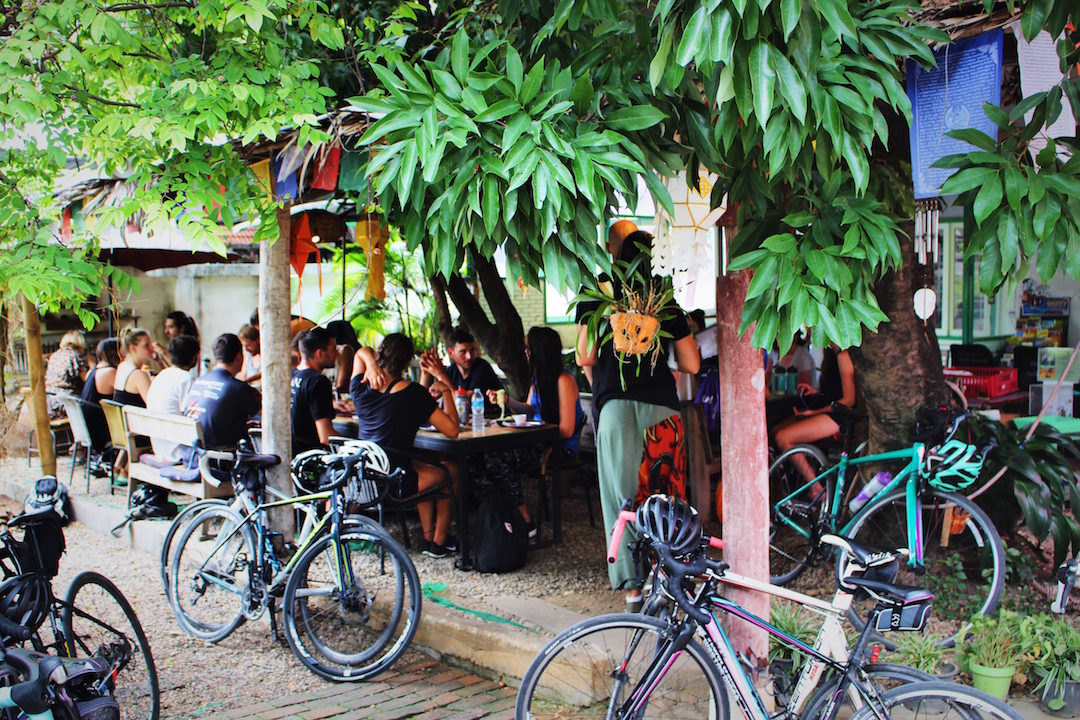 Chiang Mai was a plethora of culture and nationalities, all meeting in this one city in Thailand, sharing one basic belief in animal rights, a basic belief in ethics, finally. Sharing stories of living in Tahiti, of cycling from Singapore to Thailand, of biking across Australia with just a sleeping bag and fruit, of nomads who had no jobs in the real world, who were earning money in alternative ways, and took off around the world whenever they chose. 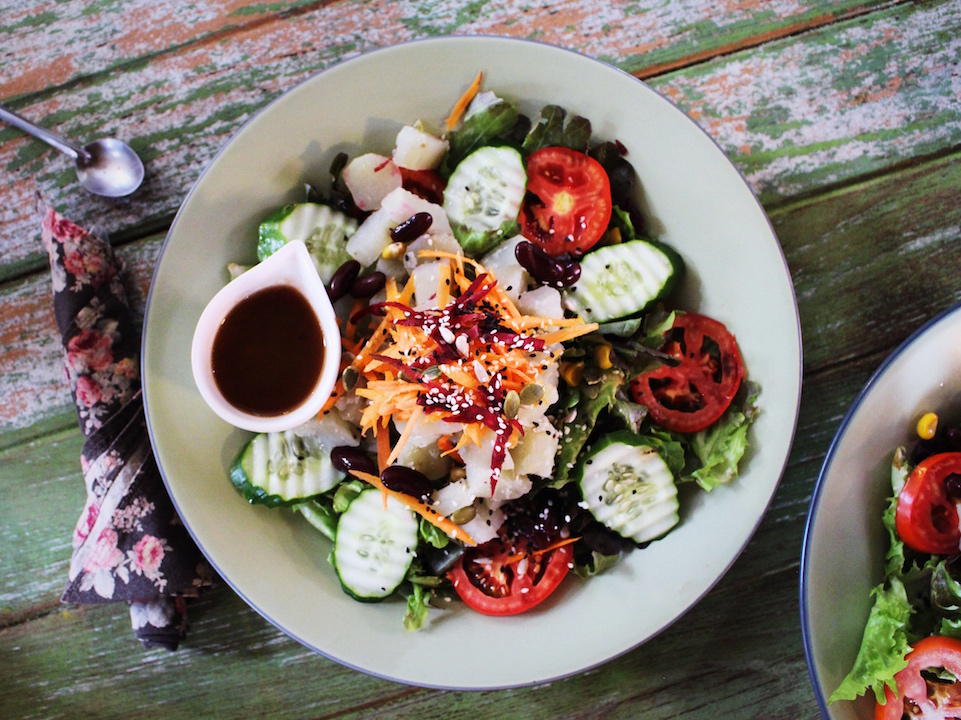 It was all brilliant – and I miss it a lot. I stayed for almost one month. Plenty of people were either staying on, some decided to move to Chiang Mai altogether, others set off in groups to cycle across Thailand. I had a job contract in the south of France near St Tropez, working on a campsite for the summer during July and August, so my next destination began back at the airport. Though I was excited to get to France for the summer, I knew it wouldn’t be long before I would make my way back to Chiang Mai. 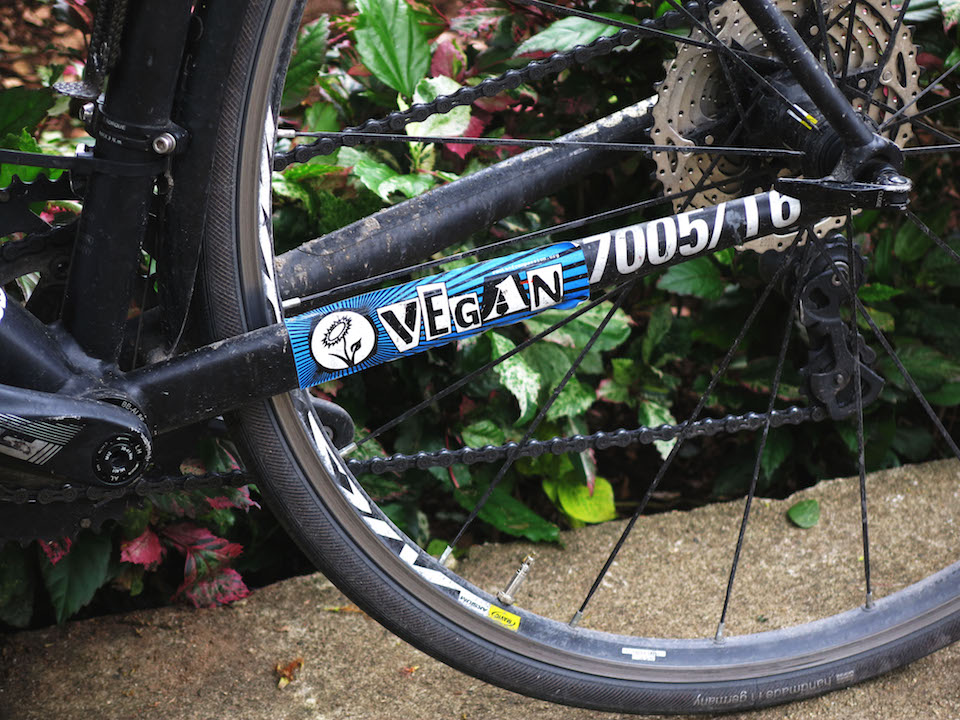