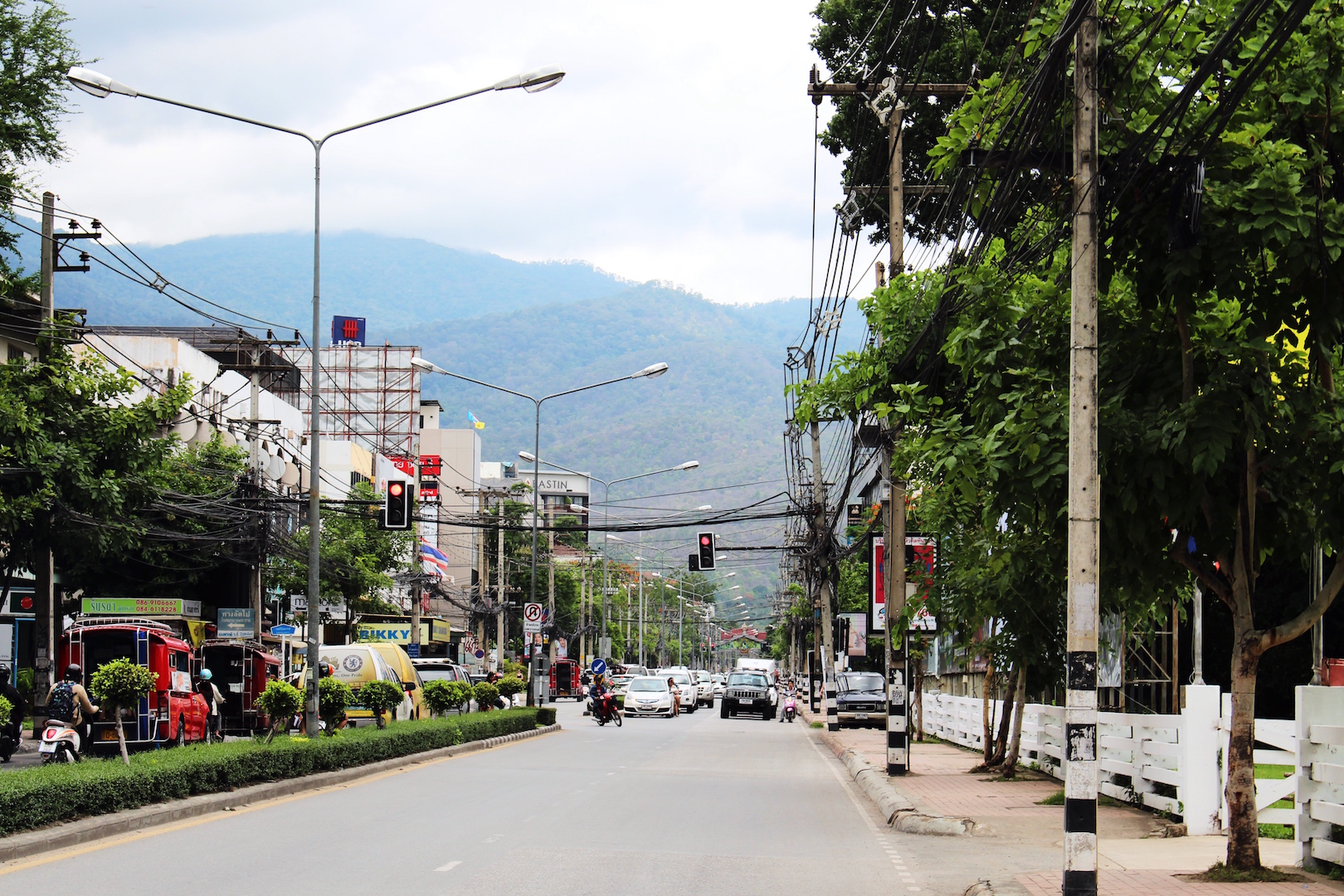 Traveling from Ireland to Thailand: 25 Hours in Oslo Airport

The satisfaction when you find a cheap flight to faraway lands is unparalleled. When you have not a penny to spare, the prospect of waiting 25 hours between connecting flights is absolutely not an issue. While I certainly no longer have this outlook, and will gladly pay an extra few hundred dollars to make my transit from one side of the world to the other a more bearable experience, before setting off on my adventure last year I scoured Skyscanner obsessively for the most affordable way to get to Thailand, and booked through Norwegian airlines.

This glitch seemed, however, to merely offer another opportunity to explore a new place, and I enthusiastically began searching what I could do in Oslo before my connecting flight to Bangkok. I hadn’t booked my flight to Chiang Mai yet, and left this particular detail to the last minute (as in, when I actually arrived in Bangkok airport). Basic logic and extensive experience since then has taught me well, and I now choose my flight plans with more discernment. Traveling for several days on several planes is extremely exhausting and unpleasant, and in the end the amount of money you would spend exploring the stop-over city (that you would probably never choose to visit otherwise) more than outweighs the amount of money you saved on the cheap flight choice in the first place.

Traveling with a bike box the size of a mini van has added an eclectic mix of unexpected surprises to my adventures and plans, as far as to completely dictate them on several occasions. The first inconvenience arose in Oslo airport. I evidently was not destined to explore this city because as the stopover was so long, my luggage would not be passed on directly to the connecting flight, meaning I would have to collect everything in Oslo and recheck it before the flight to Bangkok – 25 hours later. Devastating news.

I only had one rucksack with me (the same rucksack which had accompanied me on every childhood camping holiday in France – I always moaned about the inefficiency of a rucksack, the outfit you want is always bound to be at the very bottom of it) but the bike box more than compensated for any remaining weight allowance. I faced 25 hours in Oslo airport, sheltered by my cardboard contraption on the hard metal bench surface of airport seating (finding an armchair or comfortable seats in any airport is what fairytales are made of). I couldn’t even take a nap – short of tying my belongings to me, I risked being robbed of all my expensive equipment. Major distraction was required, provided in the form of The Girl On The Train. Extreme situations call for desperate measures, and buying a bestseller is always a desperate measure. So I set up camp as comfortably as possible (in front of a clock for some reason, so I could watch every painful hour ticking by), and flicked through chunks of the most boring writing I had ever purchased. I remember reaching the part about a baby drowning in a bath in a hut in the woods when I was on the plane – I’ll try not to turn this post into a book review, but let’s just say at that stage it was clear the plot was desperate to reach some sort of climax, and unsuccessfully decided to go for the ludicrous and unrealistic. 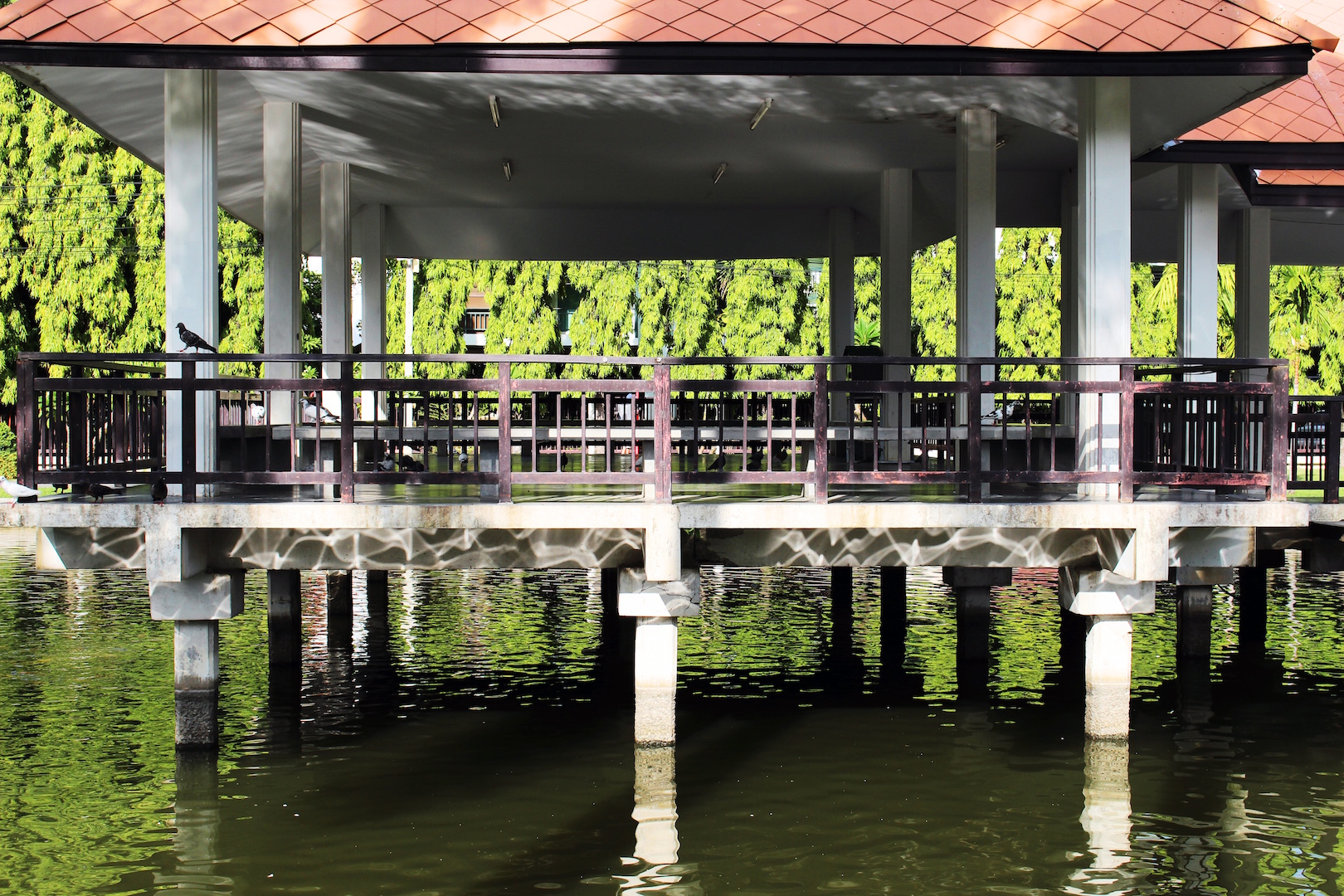 25 hours later anyway, I already looked like a bedraggled backpacker returning from her travels across Asia and I hadn’t even left Europe yet. As I gleefully got rid of my enormous cardboard companion and headed through customs, I was very excited. Before boarding the flight to Bangkok, I settled down to a tupperware meal of rice and veggies I had packed. I was starving. Only to realise with enormous disappointment that my rice and veg were no longer edible and had turned to bitter slime overnight – such are the costs of not investing in airtight tupperware. I tried not to think too much about facing the eight hour flight ahead of me on an empty stomach, and munched on a few dates I had packed last minute. However this did not bring me much consolation as my retardedly dysfunctional digestive system can handle about 1.5 dates every 24 hours, unless I am okay with suffering the extremely disagreeable sensation of being attacked by sharp pins from the inside and leaving myself looking nine months pregnant. Which is, unfortunately, what happened, as on the plane I just couldn’t resist devouring the whole bag (I don’t think I was even hungry – or at least I was in too much pain to register any hunger signals) and spent the flight cursing myself and wishing I was back lying on that metal surface of the airport bench instead of squashed upright in the corner of an aeroplane. I also watched Hangover II, which was probably not the best choice as it provided an absolutely brutal representation of misadventures and possible death in the city which lay at the other end of my voyage.

Something funny happened before boarding. I caught sight of a guy with a bike helmet on his head (which was weird, I mean, I understand the enthusiasm about the bike festival but come on, strap your helmet to your rucksack indoors please), wearing a t-shirt with “Carb the Fuck Up” or something printed on it. I had my helmet swinging from my rucksack handle. “You going to the festival?” “Yep.” “Where you from?” “USA.” Another girl joined in who was also on her way, munching on a veggie roll (I thought sadly of my deceased rice meal) and this was all just too cool, vegans traveling from all over to gather in one spot in Thailand (although I don’t think I spoke to these two people again throughout the trip).

I booked and bought my flight to Chiang Mai at the airport in Bangkok – there are so many domestic flights around Thailand every day so there is no need to book in advance. I was starving at this stage so I went on the hunt (pushing my enormous bike box on a trolley) for some food, and ended up settling for some white rice and a salad – the oily vegetarian dishes were all a bit too much for me to cope with at that stage. I don’t really remember the flight to Chiang Mai at all actually, although the arrival is fresh and clear in my mind.

It involved sun and heat. 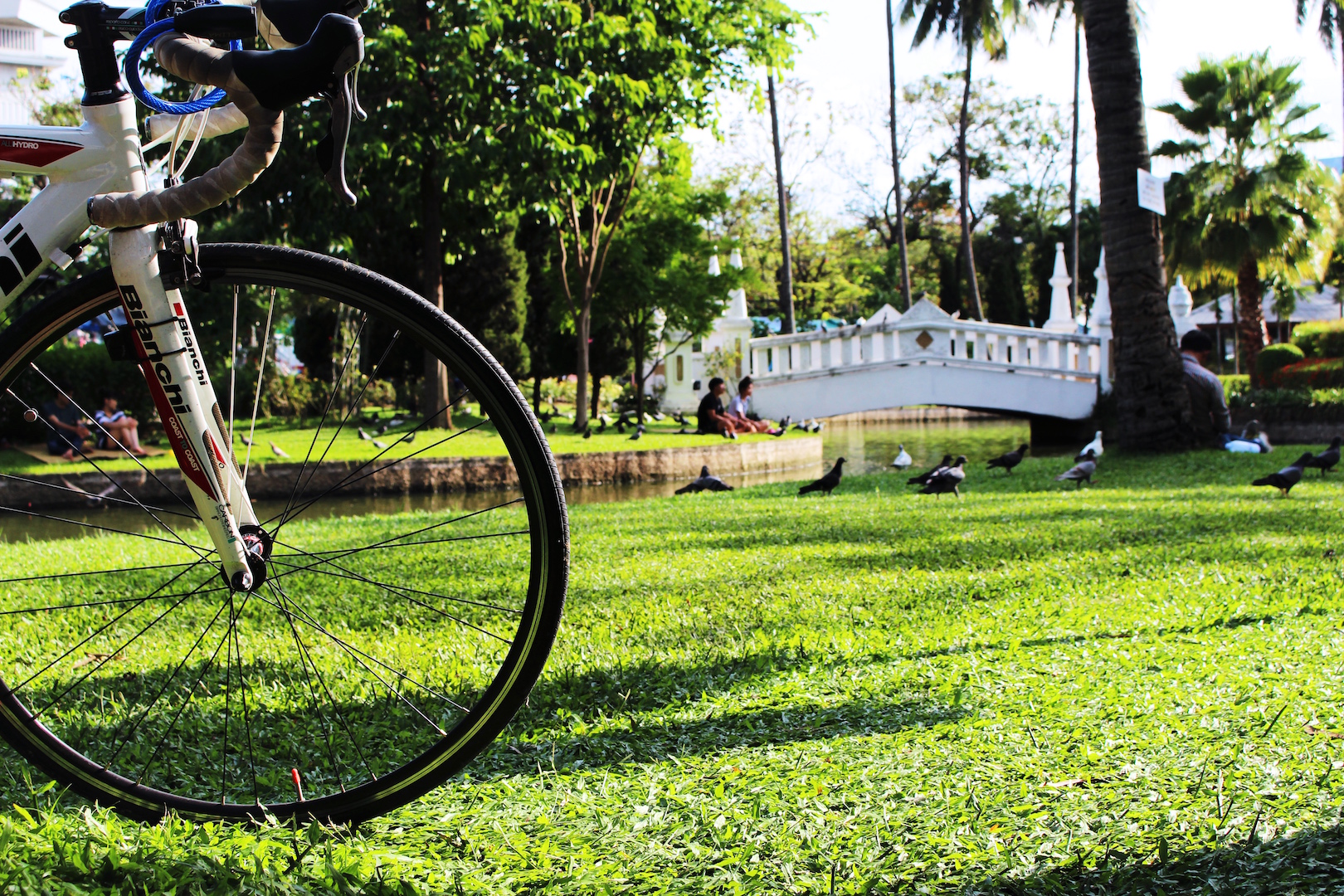